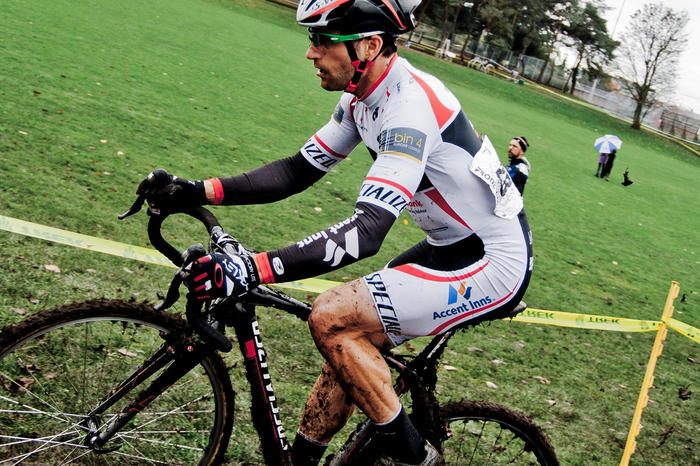 It came down to an epic and nail-biting  showdown at Shawnigan Lake School to determine the overall Exper Men’s series winner of the Cross on the Rock Cyclo-cross Series.  Muddy and cold conditions greeted the racers as they raced around the fabled “Harry-Potter-like” atmosphere at the school grounds.  During the start, AI/RH racer, Raph Lalumiere charged to the front to take immediate control of the race.  A rear wheel quick release mishap forced him to stop to make a fast adjustment.  In less than half a lap, Raph was near the front with Pro City Racing’s Rob Parkin, Naked Racing’s Parker Bloom, and chased by Drew Mackenzie.  A double flat took Parkin out of contention and Raph had built up a 5-10 second lead on Parker and over 1 minute on Mackenzie.  With 2 laps to go, disaster struck as Raph’s derailleur broke leaving his bike unrideable.  Parker eventually overtook Raph and took the lead and Drew was closing in.   Raph was able to get a bike change in the pit area and was back in the hunt, but was pushed to 3rd place.   In the end, Raph was able to preserve his 3rd place in the race, and win the overall Cross on the Rock series by 33 points over Parker Bloom and 65 points over Drew Mackenzie. 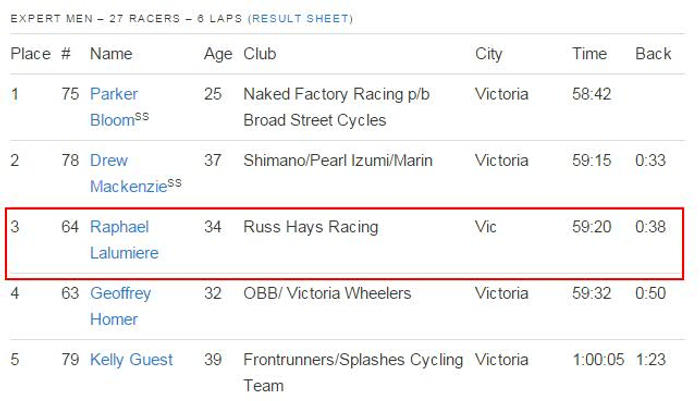 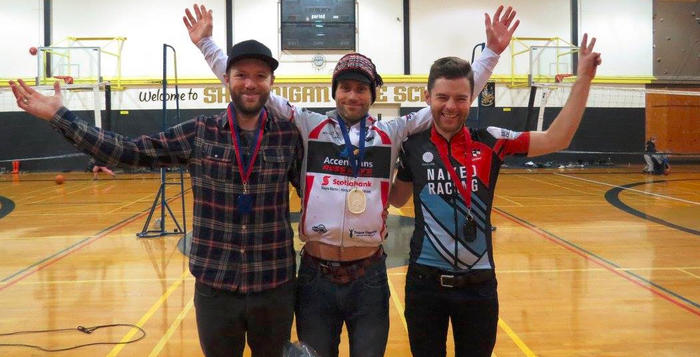 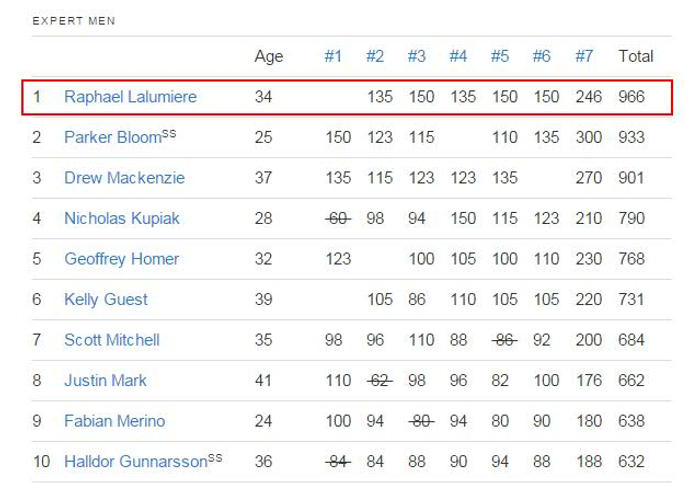 The Accent Inns Russ Hay’s Cycling Team is one of Canada’s top amateur development cycling teams with emphasis on the development in road, track, and cyclocross. The team competes in the top road and cyclocross races in Western Canada and the United States Pacific Northwest. 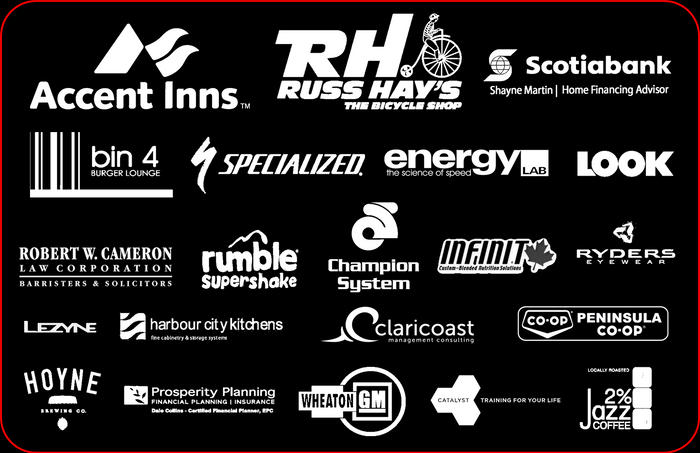