Hockey history and the trials of being a hockey parent 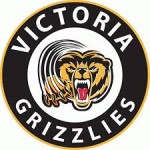 I was checking out the Victoria Grizzlies schedule the other day to see when I could catch a game. I’m not a hockey fanatic, my kids were into rugby, but I do like to watch a game or two when I get the chance. So, I was surprised to see the Victoria Grizzlies, who are supported by many companies including Accent Inns by the way, have eleven games scheduled in November. For some reason I didn’t think they played quite so much and this got me thinking about the hockey parents behind these successful 17 to 20 year-old Grizzlies, who for years must have dedicated much of their spare time to the sport and their prodigies. This in turn made me think about all hockey moms and dads (and I suppose grandpas and grandmas too) and the sheer insane commitment they have to their children’s sport.

If you’re one of this special breed of heroes then none of this will be new, but if not consider what a hockey parent, or in my mind – hockey hero, has to go through. For a start, ice time doesn’t fit neatly into a work, or school schedules so crack of dawn or late night practice sessions several times a week are followed by stinky, steamy, hockey gear that needs to be cleaned and dried – and which costs a fortune to buy. Then there’s the interminable hours of waiting in freezing hockey arenas, with only a cup of coffee to keep you warm and awake so you can motivate your child, tend their injuries and cheer their successes. MS Excel is required for scheduling practices and games, especially if you have more than one child playing potentially more than one sport. Then there’s the road trips, car pooling and finding a decent place for the team to stay.
The staff at Accent Inns hotels experience this first-hand, as many youth teams enjoy staying, and are welcomed, at each of the company’s hotels. They see the dedication of these young sportspeople and the hard work and enthusiasm of parents. For all the hard work, early mornings, late nights, and wallet-draining expenses, talk to any hockey parent about their child, or their team, and their eyes will light up – and they’ll tell you it’s worth every bit of time and money.

Writing this piece got me wondering about the history of the game in our province and I was fascinated to learn that organized hockey is over 100 years old in BC. The BC Amateur Hockey Association started in 1919 at a time when there were just three ice rinks in the province – imagine trying to get ice time in those days! Initially the organization focused on adult hockey but in 1932 it started to register midget and juvenile divisions, however due to financial issues it didn’t start minor hockey registrations until 1934. Fast forward 104-years and the association, now called BC Hockey, represents around 55,000 players, 4,500 referees, and more than 20,000 volunteers.

This got me thinking I’d like to go watch a Canucks game and I discovered that Accent Inns, in co-operation with BE A FAN (http://beafan.com), offers Canucks Hockey Packages which include tickets to the game and a room at either of Accent Inns Vancouver hotels. I’m thinking that I can avoid the traffic, save on parking, and SkyTrain it in to Rogers Arena. Nice!

« RAPH WINS CROSS ON THE ROCK SERIES
At Accent Inns “we get it.” »