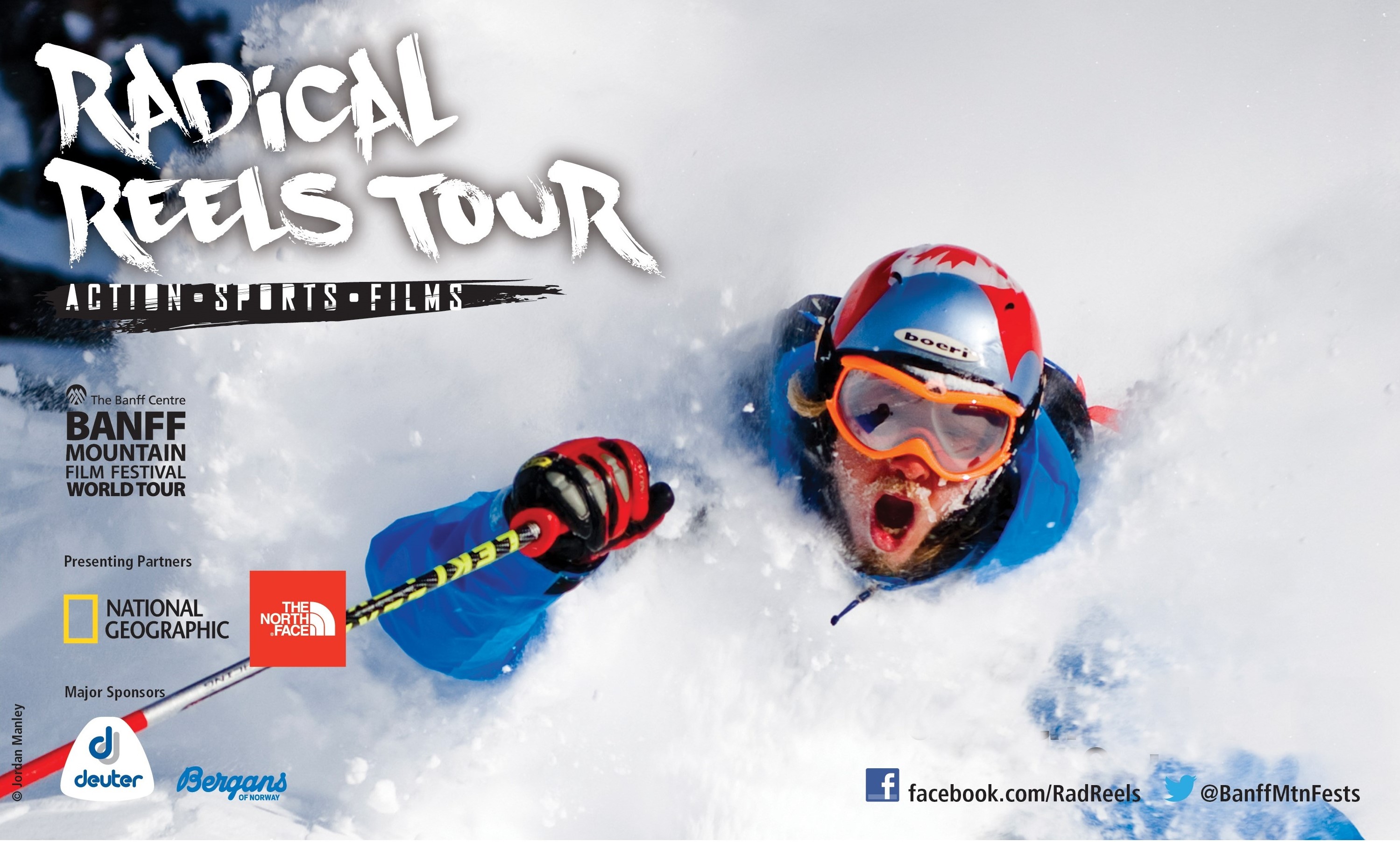 The best high adrenaline films from the Banff Mountain Film Festival are coming to Victoria on March 15, 2013.

There is no better way to get stoked about skiing, biking, riding, or paddling than by seeing the 2013 edition of the Radical Reels Tour! We’re talking jaw-dropping bike jumps, nail-biting kayak drops, and mind-blowing powder. The Radical Reels Tour, presented by The Banff Centre, now in its 10th year, continues to push boundaries with the best action sports films from the annual Banff Mountain Film Festival.

Experience more than half a dozen wild action sports as seen through the eyes of some of today’s top athletes and most talented adventure sport filmmakers. Join the party for a good cause. Profits of the presentation will go to the Garth Homer Center.  See you there, adrenaline film lovers!

Showing at the Garth Homer Center 813 Darwin Ave. Victoria BC

Get your tickets now for the 2013 Radical Reels show from the folks at the Banff Mountain Film festival and locally sponsored by Accent Inns and friends.

Check out the 2013 Radical Reels Trailer

Your ticket will give you a chance to win some awesome prizes from these fellow sponsors:

Accent Inns – 3 one night Gift Certificates (good for any Accent Inn in B.C.)

For Tickets go to Be A Fan

All profits from this event go to help support the Garth Homer Center.

A HUGE Thanks to our technical and media sponsors: