We’re so proud of this Miracle!

On Friday, April 24, Tourism Victoria honoured Mandy Farmer, President & CEO of Accent Inns and the creator of Victoria’s Hotel Zed – known to us as Bike Lover or Chief Rebel – with their Miracle Award. 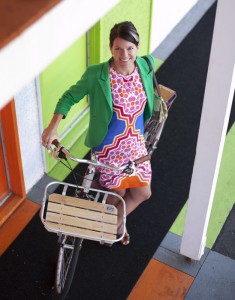 The Miracle Award honours individuals or groups who have shown leadership in the development of tourism in Greater Victoria. The Miracle Award was established in 1982 and is named for Miracle, the young orca rescued by Sealand of the Pacific staff in 1977.

Farmer’s notable achievements include obtaining an MBA from Royal Roads University, being named one of Business in Vancouver’s Top 40 Under 40, a YWCA Woman of Distinction and consistently appearing in Profit Magazine’s Top 100 Canadian Women Entrepreneurs, all while maintaining the number one spot in her kids’ hearts. As the head of Accent Inns Inc., the company has been ranked as one of the Best Places to Work in BC by BCBusiness Magazine and Employer of the Year by the Victoria Chamber of Commerce. 2014 saw Farmers creation, Hotel Zed capture the Victoria Real Estate Boards Tourism development of the year award.