Let's have fun and help end poverty at the same time.

Two very different things that are rarely experienced together, kind of like housework and fun, but at the same time makes sense.  A night dedicated to helping raise awareness of an issue that is too often swept beneath the carpet and misunderstood will be brought out into the spotlight alongside some of the most hilarious comics Vancouver has to offer.

This stand-up comedy and live auction fundraiser held by  Canada Without Poverty (CWP) at the Waterfront Theatre, features hilarious comics Erica Sigurdson and Ivan Decker.  Hosted by Neil Robinson, the event promises to be an evening filled with entertainment for all those in attendance.

In between performances, you can bid on the plethora of great items, including travel packages to Kelowna & Victoria, as well as a “tourist in your own city” package, which includes attractions, local excursions, scooter rides, boat tours, art, and more!  Canada Without Poverty is grateful for generous live auction donations from sponsors such as Accent Inns, who recognize the importance of addressing poverty and supporting the work CWP does in BC, and across Canada. 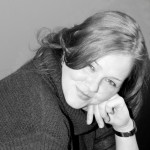 Erica has traveled to Afghanistan to entertain the troops

As for the comics, Erica Sigurdson has been performing stand-up across Canada for ten years, and has traveled to Afghanistan to entertain the troops and was a semi-finalist in the Seattle International Comedy Competition.  Ivan Decker appeared at the world renowned Montreal Just for Laughs festival in 2007 and was voted #1 comedian in Vancouver by judges in the 2011 Vancouver Comedy Showdown.

Founded in 1971, Canada Without Poverty is a national, non-partisan charity focused on eliminating poverty in Canada.  There are a constant stream of worthwhile initiatives undertaken by the organization and their devoted volunteers.  Organization representatives will also take the stage to briefly talk more about the issues concerning the monumental task of talking poverty in Canada, as well as informing those in attendance where the all-important funds raised will be going.  This night will give everyone an opportunity to learn more, have some laughs, and donate to this very worthy cause. 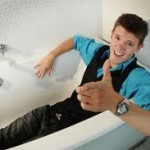 So please join us on Thursday, October 13th at the Waterfront Theatre in Vancouver at 7 p.m. to enjoy what will no doubt be a fantastic night of ‘laughter with a message’!  Tickets only $30 for pre-sale (or $35 at the door) and are on sale here now!

Note from the editor: Looks like you could use an Accent Inn Rubber Duck Ivan!  Have fun everyone!

« Gear up, stay active and discover some of BC’s cycling hotspots
Camosun Chargers Golfers Are Back At It »