Gear up, stay active and discover some of BC’s cycling hotspots 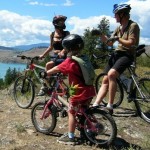 BC has some of the best biking anywhere!

Gear up, stay active and discover some of BC’s cycling hotspots

Sept. 12, 2011, Victoria, BC – With the great late summer weather holding strong, the team at Accent Inns, a locally owned and operated hotel chain, is encouraging bike lovers to make the most of it by getting out and hitting the trails.

“Hands down, British Columbia is home to some of the world’s most extraordinary biking,” said Mandy Farmer, CEO of Accent Inns. “With a number of bike parks, cross country trails and rugged mountain terrain, our province has something for every vacationing and competitive cyclists, both amateur and pro.”

And travelling with bikes has never been easier – thanks to Accent Inns’ unique Bike Love program. Under Bike Love, each location offers guests bike friendly rooms, access to a bike wash and tuning station (complete with a professional-grade bike stand and an assortment of bicycle specific pro mechanic tools, pump, hose and plenty of rags) and use of the onsite laundry facilities – all at no extra charge.

Accent Inns has hotels in five British Columbia locations (Burnaby, Kelowna, Kamloops, Richmond/Vancouver Airport and Victoria), giving travelling cyclists access to five different cycling terrains that include fast downhill tracks to leisurely Oceanside paths. And in some locations, with the mild west coast climate, one can cycle right though the winter months.

“BC is also home to a number of annual bike races, charity drives and festivals, including the summertime Victoria International Cycling Festival, GranFondo races and the upcoming seven-day 2012 BC Bike Race,” said Farmer. “So we know there is a growing demand for places to stay that caters to their needs, year round.”

Stay at Accent Inns and discover these BC biking hotspots: 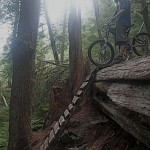 The award-winning Accent Inns is a BC owned and operated company based in Victoria, British Columbia, with hotels located in Victoria, Richmond, Burnaby, Kelowna and Kamloops. All Accent Inns are rated 3 1/2 stars and have developed a reputation for their accent on quality, reasonable rates and excellent service.