In Love With Tony Bennett 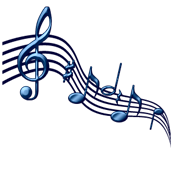 A long time ago I must confess, I was a little bit in love with Tony Bennett and although he is older now, I must also confess that I may still be!

I’ve never been to a concert where the performer received a standing ovation before they actually performed but that’s what happened a few nights ago when Tony Bennett took the stage at the Royal Theatre in Victoria B.C. after a 20 minute performance by his daughter Antonia Bennett.

Many in the audience had grown up with his music and there was no denying the love as Tony reminisced about the early days of his career, telling everybody that he and Rosemary Clooney were the original “American Idols”. He also shared how Bob Hope had given him his stage name – a shortened version of his birth name Anthony Dominick Benedetto.

At 86 years old his voice is bound to be a little less than what it once was but that only showed a few times. Once he started rocking the old tunes, his voice was as strong and magnificent as it ever was.

During the concert, he constantly paid tribute to the band members, frequently stepping back as they performed solo. He also brought his daughter back on stage for a duet of Stephen Sondheim’s “Old Friends”.

Throughout the evening the audience clapped along and often sang along to some of his standards like “I left my Heart in San Francisco” and “The Way She Looks Tonight.” Standing ovations were common throughout the concert.

The highlight for me was “Fly Me to the Moon” performed with a strong voice and plenty of charisma. Most audience members were swaying in time to the music and humming to themselves as this tune obviously evoked many emotional memories.

There are many more opportunities to see Tony Bennett perform throughout North and South America on his 2012 tour. Check out the details at Tony Bennett 2012 Tour

Editors note: Karen England is the Regional Sales Manager for Accent Inns on Vancouver Island and at the time of publishing this article she has yet to have an official “date” with Mr. Bennett….

« Another Kind of Attraction – Treasure Hunting in BC
September – beginning of fall or the end of summer. »