Fly or Drive BC This Winter? 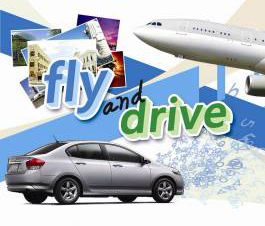 I’ve travelled extensively across this wonderful province both by car and by airplane and as winter approaches I got to thinking about the pros and cons of both alternatives. On the face of it flying is quicker but more expensive, and driving is slower and less expensive. But is that all there is to it?

Flying anywhere has become increasingly frustrating over the last decade or two, what with increased security, and luggage charges and restrictions. However, when flying domestically it’s still often the quickest and easiest way to get around B.C. In winter one does have to take into consideration weather delays, but if you’re delayed by snow, or fog, then you face the same challenges on the roads but it could be more dangerous and stressful.

For short business trips flying is probably the best way to go as we live in a vast province of almost 1 million square kilometres – this means that it’s larger than the United Kingdom AND Ireland! It’s larger than California, Japan and amazingly Tennessee, Alabama, Georgia, South Carolina and Florida combined – can you believe that?

Between them, Westjet or Air Canada will fly you to almost any destinations in B.C. including all Accent Inns locations. If, however, you prefer to fly with a smaller independent airline, Pacific Coastal is launching a new 7-day-a-week service from Victoria to Kelowna flying a new Saab 340B aircraft. Pacific Coastal flies to 17 destinations across the province.

If you’re planning to visit either Vancouver or Victoria, Harbour Air currently has 17 flights daily between the two cities’ harbours (14 on weekends) and another 5 between Victoria harbour, and Vancouver Airport’s south terminal. 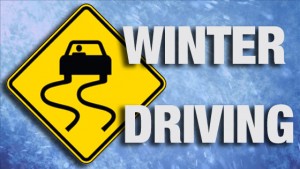 Driving in winter can be treacherous but it’s not as if our road crews aren’t used to dealing with whatever the elements can throw at them. In all but the most severe weather conditions, they manage to keep the roads open. I’ve driven in major snowstorms and have never not been able to get through, although a few years ago I was one of the very last cars to get over the Coquihalla summit just as a nasty accident, and a blizzard closed it.

The other plus to driving in winter is that the views are outstanding; on the trip mentioned above I was heading to Accents Inns Kelowna and the snow-laced scenery was amazing and certainly worth the scary drive.

So, fly or drive? Well it depends on so many factors such as cost, how many places you need to visit, weather, what you need to take with you, whether you are on business or travelling for pleasure. Only you can make that decision. But, if it’s any help here are a few travel times which might help.

Vancouver to Kelowna, or Kamloops will take about an hour to fly plus time spent at the airport of course. Driving time, without traffic or weather hold-ups is about 3.5 hours – that’s taking the Coquihalla. If you’d like a scenic detour you can drive through Manning Park and Princeton – it’s about 90-minutes longer. 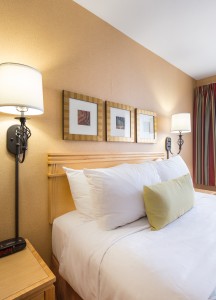 Victoria to Vancouver, or vice-versa is about 30-minutes by Harbour Air floatplane harbour to harbour, or between Victoria harbour and Vancouver Airport south terminal; it’s about 20-minutes airport to airport with Air Canada; and an hour and forty-five minutes by ferry between Swartz Bay and Tsawwassen ferry terminals using BC Ferries.

However you choose to travel there will always be a warm welcome waiting for you at any Accent Inn- that I can guarantee!