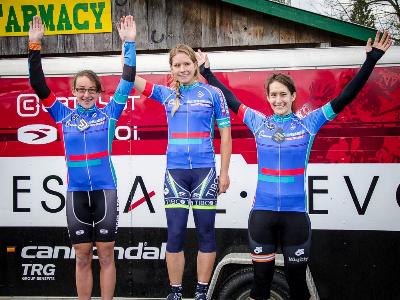 Last weekend Cycling BC launched its premier Road Race Series.  The series kicked off with the Devo Classic Stage Race in Langley, BC.  A strong field of riders came to race the unique and challenging courses provided by the Escape Velocity Cycling Club.

The BC Premier Road series is a Cycling BC initiative to bring top tier road racing back to BC.  The series is made up of 5 events where points will be tracked for series standings.  The series is inclusive for both men and women, with equal prizing and categories.

Cycling BC Race Coordinator, Barry Lyster said, “I am very pleased with how our first races of the BC Premier Road series unfolded on the weekend.  It was great to see the support of the commaissares, race organizers, volunteers and sponsors work together to make this series possible.”

Cycling BC would like to thank series sponsors Rocky Mountain Chocolate Factory and Jakroo Custom Sports Apparel for their support. 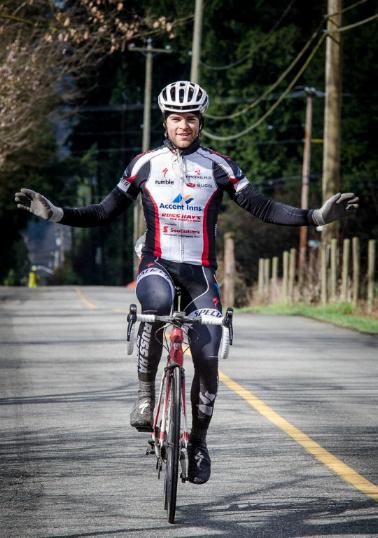 In the Cat 1 / 2 women’s category, it was Jasmine Glaesser, Tibco Pro Cycling, who took a big lead in the omnium with victories in both the Criterium and the Time Trial leading into Sundays Road Race.

In the road race, it was Glassier and National Team Pursuit teammate Laura Brown, Calovita Fine Cooking, that powered away from the group with 3 laps to go.  At the finish line it was Brown winning in a close sprint, with Glassier hanging on to take the overall win and the BC Premier Road Series leader jersey.

It was the powerful squad from the Victoria based team  Accent Inns / Russ Hayes p/b Scotia Bank that stole the show in the Cat 1 / 2 men’s category .  Curtis Dearden cleaned house with wins in all three events to take the men’s series leader’s jersey.

On the men’s side, it was Jordan Landolt taking the Cat 3 / 4 leaders jersey, Mike Elliston, Speed Theory.ca winning the Master 40+ and Keifer Livingston, Glotman Simpson Cycling Club, taking the lead in the Junior series.

What’s Next The next stop for the series will be Race The Ridge on April 26, 27, followed by Cameron Law Cycling Classic May 30 to June 1 with the final 2 races being  Superweek’s UBC Gran Prix July 8 with the series final at the Tour de White Rock on July 12.