City Opera Vancouver comes to the North Shore on October

Why not join us for an enchanted Sunday afternoon at the Kay Meek Theatre? We promise two hours of the most wondrous singing and beautiful music you will ever want to hear. This is music for the whole family. A great introduction to opera for the kids, and a taste of Broadway for everyone.

Gershwin and Verdi. Bernstein and Bellini. Kern and Donizetti. Rodgers and Hammerstein. In-joke alert: Puccini and Webber. And more. Bringing wonderful music from the great houses of Europe, and the great stages of Broadway — in an afternoon of tradition and surprise.

They have partnered with a wonderful venue in West Van, the Kay Meek Theatre, to bring a new series: music from great opera and more. The Kay Meek is located at 1700 Mathers Avenue, at 15th Street, West Vancouver. View a map.

And after the concert…

Drive down the hill and have dinner at any of two dozen fine restaurants in Dundarave and West Vancouver. Interested? We thought so… and look forward to seeing you on Sunday October 6 in West Vancouver, at the Kay Meek Theatre.

Pauline tells the story of the extraordinary Canadian writer, poet and actress Pauline Johnson. She was an independent woman — and proto-Canadian — generations ahead of her time.

Shifting between a shattered present and a vivid past, Pauline examines her identities as poet and popular entertainer, white and Mohawk, self-reliant woman and desperate lover, imagined failure and creative immortal. Figures from her life, particularly her sister and manager, move in and out of her consciousness and, through those hopes and conflicts, portray Pauline Johnson as a great, tragic, and essential Canadian artist.

Pauline is set at Vancouver, in March 1913. Its world premiere will be given at the century old, and newly restored, York Theatre in May 2014. 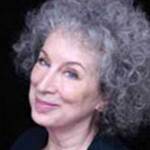 « Camosun Chargers Hall of Fame
The Key to Understanding Dogs »