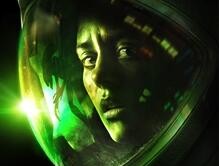 Gamers would be hard pressed to find many reviewers or players who were happy with Aliens: Colonial Marines which came in with lofty expectations and crashed harder than the escape pod on Fury 161 in “Alien 3”.  One could point to the outsourcing, sub-par graphics and gameplay, plot holes, glitches, and numerous other issues as to why the game failed but I think that has been very well covered to date. With the failure of Aliens: Colonial Marines in mind and with Alien: Isolation on the way, I have found myself asking if it is possible to save the franchise as a viable gaming option.

Sega has the rights to the game franchise based on the films but let us not forget that Aliens Vs Predator while a financial success did have its share of detractors amongst critics and gamers. Add to this the fact that the last two Alien films as well as the two AVP films were not big successes. Only the recent “Predators” and “Prometheus” have had any tangible box office success in the franchise universe and the former was largely in part due to a reasonable budget that allowed a profit to be made on a modest box office.

So with Alien: Isolation, Creative Assembly and Sega are tasked with proving that the franchise is still viable and undoing the massive mistakes of the past. Not an easy undertaking to say the least and one that will have more than its share of challenges.  With that in mind, I wonder if gamers can trust that the franchise will be given the respect it deserves and that we will see a game worthy of the franchise. I am also very curious to see if people will be as eager to pre-order the game as they have with past titles or if they will take a wait and see approach to the game.

Setting the game 15 years after the events of “Alien” is an interesting idea as is the decision to set Ripley’s daughter Amanda as the protagonist of the game. While little is known of her character other than the fact that she died while Ripley was in Hypersleep for 57 years, this is an interesting way to bring in a new character and have some connection to the film series.

The challenge will be of course to make Amanda her own unique character and not a watered down version of her mother as we have already had Ripley’ clones and do not need more.  There is a book series coming that has been authorized by FOX to fill in some details of “Alien” and how Ripley and her family may have a long-term connection to the Alien. I am curious to see if this will factor in to the game or the pending “Prometheus” sequel but for now, I am happy that the premise of the game at least has some interest. 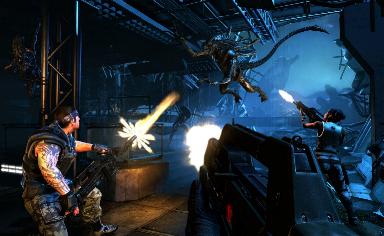 ready to strike and seemed impossible to kill.  By setting hordes of the creatures upon players, it tends to negate the creatures as they become more cannon fodder then menace as familiarity often breeds contempt. I know it is a requirement of a game with six plus hours of action to keep the threat real but one has to wonder how the creatures keep appearing in massive numbers knowing what we do about their reproductive cycle.

Having a single Alien stalking Amanda is a great idea. I have to wonder if the developers will try to imply that the creature is the same one that stalked the crew of the Nostromo and survived being blasted by the shuttle engines. I know it would be a stretch but if the plot centers around the recovered Black Box, then perhaps the creature was recovered in the vicinity as well.

Early looks at the game show the great attention to detail with the look of the maps, and also keeps the dark and tense tone that is essential to the series, one where players and viewers are afraid to go around the next corner not knowing what they will find and how to survive.

I am a big fan of the Dead Space games, ok the first two, and when I heard that a Survival Alien game was being considered, I thought that this could be the ideal mix. The appeal of Dead Space was crafting weapons and resources while stalking a vast and dark ship where dangers of a mechanical and Necromorph nature abounded.

Since there is only one Alien in the game, obviously Amanda is not going to be tearing through the levels guns blazing.  While survival is the challenge and I am sure there will be some very frustrating moments trying to avoid the creature, especially if the reports of it setting traps and having an adaptive A.I. are true. That being said, it does take a bit of the surprise factor out when you have a reasonable theory that the creature will survive up until the finale of the game.  Crafting and evasion are the key to the game as will be exploration and survival and let’s hope that there will be enough narratives along the way to allow for character and plot development. I have heard that Androids will be featured and one has to wonder if players will be able to control one and set it out to distract the Alien long enough for Amanda to complete a task and escape.

While there are plenty of questions that remain, the test will be in the final build of the game and based on what I have seen to date, I am willing to give the franchise and Sega another chance to make good. I just wonder how many other gamers will do the same.