5 Mistakes That Game Publisher Make Over and Over 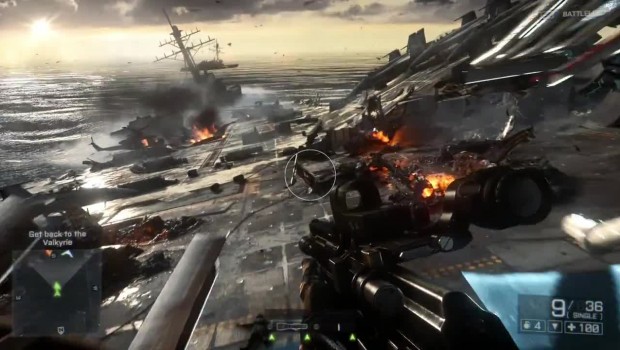 Being a multi-billion dollar a year industry would to many be a sign that things are being done well. However for every game that does well and breaks the bank, there are scores that fail to find an audience, largely go unnoticed, or worse, cause a developer to fail.  I worked at both Monolith and Sierra as I was starting out as a film and game journalist so I have seen how this system works up close and personally for several years in addition to over 20 years as a game journalist.  With that in mind, let us look at the five biggest mistakes that game companies make that often lead to disaster.

5. Telling the public what they want rather than listening to their requests.

Like the auto industry before it, game companies often think they know best and unleash hordes of games that do not take into account the wishes of the public. When the public says they want dedicated servers, in game saves, and customization.  Do not be shocked when they are upset when you do not give that to them and they go elsewhere or ignore a release.  I have seen beta sessions where the public was invited in to play a game and give feedback to developers. Far to often the great ideas were ignored as implementing them would cost additional money, delay a game, or cause some tension amongst developers who think they know best, which results in a sub-par product.

I remember one dungeon crawl game where I was brought in to be a lead tech on. I mentioned that the game had a wide range of enemies from reptiles, to insects, to other mythical creatures. Yet they all had red blood. To me the insects needed dark ichor, reptiles, green, and so on. I was told it was a great idea but it would cost money to change the code.

The game ships, and low and behold, critics slammed the lack of variety in the enemies and their colors and variation most notably the same red blood effect.

I have seen this many times. A prime example was the game Outpost being releases without features that were touted in the box. It took almost a year after release for the Monorail and other items listed on the box to be patched in and by then most gamers had given up on the game which harmed the eventual Outpost 2 and the series. Another one that I remember well was   Tribes 2 being so unstable that the Q&A department refused to sign off on the build.  The game was over budget and time so upper management said it had to ship. It did not matter than the new engine was unstable and we knew this from a game released earlier with the same engine.

Tech support calls increased 8X and returns were abundant. I remember going into a Costco a week after release and seeing stacks of the game in the return area. Soon after, the developer was closed and the company was sold off.  The series never recovered and to date the engine was never able to be salvaged.

Many companies are so worried about shipping X number of titles in a given quarter to appease the share holders, they forget the rule of quality over quantity as if you put out enough bad or buggy games in a row, your reputation will suffer and in time so will your sales.  Just as E.A. found out about Battlefield 4 and Sim City, consumers will not put up with buggy games that a publisher continues to release.

3. Playing fast and loose with a series.

Dead Space and Dead Space 2 for me were two of the best games of their type ever created. So when Dead Space 3 came along I was looking forward to it with great anticipation. Like many gamers I was not thrilled with the emphasis on action over story and suspense and the abundance of micro-transactions in the game.

The developers stripped away what was good about the two previous games and added content that caused gamers to turn their backs on the game which has resulted in the series currently being in limbo in regards to future installments.

Stability is the key not only in life and business and this goes double for gaming. Look how many games have been released as unstable and unplayable messes by publishers who are only concerned with meeting a deadline or recouping on their investments.

The mentality of fixing it after it shipped causes more harm than good as most Battlefield 4 fans will tell you. In their haste to beat the latest Call of Duty to the market, EA and Dice released a promising game so laden with issues that it caused severe harm to the series and their reputation and also delayed other projects when developers were called away to help fix the game. Combine that with lawsuits filed by frustrated gamers and you can see how damaging this can be.

The balance of rising development costs combined with the need to recoup on an investment is understandable but business 101 is clear to make money you have to spend money. Does an extra month or two delay and some additional development funds hurt the bottom line more than a bad game that gets bad press and undermines a franchise and publisher?

1.  Graphics are not the be all and end all of gaming.

So many times developers like to give you the Sizzle but not the Steak. By this I mean they give you an impressive looking game that has outdated gameplay, boring storylines, and control and online issues.  The tout how well a game looks but do not pay attention to what gamers really care about, fun and exciting gameplay that makes them want to return for more.  Gamers do not want a souless tech demo that is made to simply show off a gaming engine they want a complete and immersive experience.   There is hope as with the abundance of social networking, fans are becoming more and more vocal and it is harder and harder to hide issues with the games. Let us hope that better times are ahead for gamers.