Winter Tires and Those New Signs 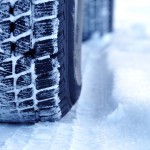 I just got my winter tires put back on my car. I never used to have them, but when I bought my new car the dealer gave me a set on rims, so I’ve become a convert. I love the increased traction in heavy rain, icy conditions and snow, especially as I have family living in Whistler now.

Here’s an explanation from Canadian Tire: Regular all season tires lose elasticity when the temperature dips below 7°C/45°F. Winter tires are constructed with a special compound that allows them to retain more elasticity in cold temperatures. Technologically engineered tread designs prevent snow build-up and improve ice and snow traction—so you get a better grip on the road and better control of your vehicle.

It was during a visit to Whistler last summer to visit my son that I noticed signs warning motorists about winter tires and then I saw signs blossom on the Trans Canada leading up the Malahat Drive out of Victoria. When I mentioned it to friends it seems that everyone had an option on what was allowed and what wasn’t and when the police could ticket you for driving on the wrong tires. So, I thought I’d do some investigative journalism and put the record straight for all readers of the Accent Inns blog. After all the Accent Inns team most certainly want you to arrive safely and preferably without having been given a stiff fine.

Here’s a sample of the signs I’m talking about:

The ruling is: “Should you go beyond the signs without the proper equipment you may be turned around by RCMP, CVSE or another policing agency, and be subject to a fine.”

The provincial government ruling (for cars) is as follows:

Okay, hope you got all that – now here’s an exception:

Studded Winter Tires
For serious weather, for instance the Coquihalla in winter. They need to be on all four wheels (illegal to have them only on the front) and should only be used October 1 – March 31.

Non-Studded Winter Tires
These perform best when you have to drive on ice and snow and it’s below 7-degrees Celsius. These are the ones with the mountain/snowflake emblem. Aggressive tread and rubber that stays softer in cold temperatures.

All-Weather Tires
These are a newer type of tire, not to be confused with all-season tires. They again have the 3-peaked mountain and snowflake on the sidewall. Good in temperatures above and below 7-degrees Celsius. They are becoming popular because the can be left on your car all year round and perform well in any weather. Beware though; they are NOT as good as winter tires in cold temperatures.

All-Season Tires
Although these feature the symbol M+S (Mud and Snow) on the sidewall, they really should be called 3-season tires. They are better than summer tires but don’t perform well when the mercury dips below 7-degrees Celsius.

Summer Tires
It goes without saying – don’t drive with summer tires in the winter, they are built for speed and agility and are ideal for high performance cars. They offer superior grip in warmer weather but in winter raining, icy and snowy weather can be downright scary!

« VocalEye at The Belfry Theatre
Gift ideas – The Quirky, the Funny and the Downright Weird »