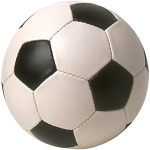 The following is a reprint from the Whitecaps FC blog and we thank them:

On the Saturday (of the long weekend) morning as the sun beamed down on the Minoru Oval in Richmond Vancouver, eight U16 girls’ teams and eight U16 boys’ teams arrived to stake their claim for their respective titles. The invite-only tournament consisted of players from the EA Sports BC Soccer Premier League (BCSPL), who were eager to show-case their pre-season form. “On behalf of the EA SPORTS BC Soccer Premier League and its participating clubs, I would like to thank adidas Canada for once again offering us the opportunity to be exclusive participants in the adidas Champions Cup,” said David Haber, president of the BCSPL. “This event provides our U-16 teams with an ideal competitive environment as they prepare for the fall season of the league, which starts on the weekend of September 15th and 16th.”

adidas, committed to promoting youth soccer in BC, was proud to host their second annual Champions Cup over the Labour Day weekend. “We’re really excited to be the presenting sponsor of this marvelous tournament,” said Jeff McDonell from adidas Canada. “The inaugural tournament was very well received, and we’re certain that this year’s tournament will be equally exciting.”

The teams were welcomed to a facility draped in adidas signage, and complemented by the adidas kicking cage. Whitecaps FC and BC Soccer staff were on –hand to assist with the technical aspect of the tournament, while Lucas Cooper, an adidas representative kept the participants engaged with the activation and distributed promotional coupons for the adidas online store.

The excitement of the year past still lived as scores of fans, family and spectators gathered to cheer on the players. “The first year of the adidas Champions Cup was fantastic,” said Dan Lenarduzzi, Whitecaps FC director of soccer development. “We’re really excited to be working together with our partners to bring it back again this year.” With Whitecaps coaching staff marshalling the sidelines, players were kept on their toes in hope of catching the scouts’ attention. After two days of high level competition, Mountain United FC inched the U16 girls’ title in a nail biting finale, while Surrey United FC battled hard to claim the boys’ U16 title.

Along with the Champions Cup, adidas provided golden boot awards for the top scorers and best defender awards for solid back-line performances in each gender category. Awards were distributed by Whitecaps first team player Omar Salgado and Whitecaps FC club ambassador Carl Valentine. Parents, coaches, and players were all happy and encouraged to see the support offered by adidas to youth soccer in BC, and look forward to the promise of future tournaments.

« Victoria BC, A Year Round Playground
Support The Camosun College Chargers »