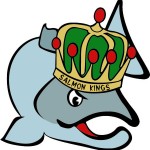 Accent Inns are proud to once again be supporting the Victoria Salmon Kings, proud affiliate of the Vancouver Canucks and Manitoba Moose, announced today their ticketing and promotional schedule for next weekend’s home-opening series versus the Ontario Reign. Contact the Accent Inn Victoria hotel for special groups rates and deals.

Sponsored by 100.3 The Q and The Zone @ 91.3, the Salmon Kings kick-off their home schedule of the 2010-11 season with a three-game set versus the Reign on Wednesday, October 27th, Friday, October 29th and Saturday, October 30th. The United Way has set up a special ticket offer for its members and supporters valid at all three opening weekend games. A portion of every ticket sold through this promotion will be remitted back to the United Way. Coupons are being distributed by the United Way in the week leading up to the game and can be printed at home then redeemed at the Select-Your-Tickets Box Office. Throughout the summer, the Salmon Kings handed out $5 discount coupons at various community events for any of the opening three games versus Ontario, and can also be redeemed at the box office.

The Salmon Kings are also offering a prize package for group’s that attend home-opening weekend. All group leaders will be entered to win two rail seats inside the “Kings Feast Restaurant”.

Throughout the duration of the weekend series, the team will be holding a silent auction for select game-worn Salmon Kings’ jerseys. A special live auction will also take place following the Saturday game in the main concourse of the Save-On-Foods Memorial Centre, where fans will have the chance to bid on various game-worn jerseys, as well as Peter Vandermeer’s navy blue jersey he wore during his introductory press conference!

Next Friday night’s contest will be “Fan Appreciation Night”, where the Salmon Kings will celebrate the best fans in the ECHL by giving away select prizes throughout the night, including Salmon Kings’ rally towels to the first 2,500 people into the arena!

Marty the Marmot will also present a special performance for all Salmon Kings’ fans during the second intermission of Saturday’s contest! 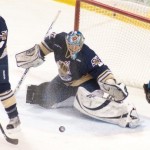 To watch or listen live, visit www.salmonkings.com. Victoria opens their 2010-11 home schedule at the Save-On-Foods Memorial Centre on Wednesday, October 27 when they open up a three-game set versus the Ontario Reign. For tickets call 250-220-7777 or visit www.selectyourtickets.com.