Victoria Day and the Best Parade in Canada

Victoria Day is unique to Canada, nowhere else in the world do they celebrate Queen Victoria’s birthday. It was first declared the Queen’s official birthday in 1845 and became the public holiday known as Victoria Day after her death in 1901. The day actually celebrates two Queen’s birthdays (Victoria’s actual birthday on May 24th) and Elizabeth II (it is by legislation her official birthday in Canada). It is always celebrated on the Monday prior to May 24th. This year Victoria Day will be on Monday May, 23rd.

It is a typically Canadian holiday and much loved. It heralds the first day of summer to many people in Canada (the actual first day of summer is June 22) and is known by some as “May Two-Four Weekend” – a reference to a 24 bottle case of beer and in Ontario as “Firecracker Day” – put beer and recreational explosives together with opening up summer cottages for the first time and well, there you have it!

Here in BC there are celebrations of one sort or another throughout the Province, but none with the magnitude, or with such a long history, as the Capital City’s Island Farm’s Victoria Day Parade which has been held since 1898, a staggering 118-years!

If you love music, marching bands, floats, the smiling faces of thousands of children and a community coming together to celebrate, then you’ll find no better event in Canada. Highly talented local bands compete with equally talented bands from the United States. The whole procession, including around 150 floats, takes around three-hours to travel from Mayfair Mall (close to Accent Inns and the Hotel Zed Victoria) to downtown while being cheered by an adoring crowd every step of the way.

Watch out for everything from military bands, Scottish bagpipers, Irish, Chinese and other exciting dancers from around the world, drill teams, classic cars, puppets, fire trucks, police vehicles, highly decorated commercial floats and even superheroes!

Over 100,000 people watch the parade pass by, and many more watch it live on CHEK television. This is without doubt an awesome long-weekend to visit Victoria BC– the sun usually shines, we have more flowers in bloom than we can count and the festive spirit is contagious. 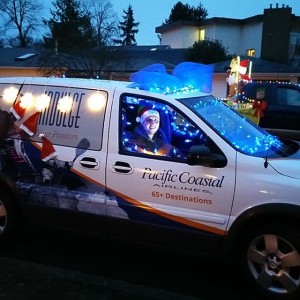 The Accent Inns hotel on Blanshard Street is just a few blocks from the start of the parade and its sister hotel, Hotel Zed, is directly opposite the start line so you’ll have the best view in town! This year watch for Accent Inns / Hotel Zed’s friends from Pacific Coastal Airlines. They’ll be in the parade promoting the new Victoria to Kelowna direct flight (home of the new Hotel Zed Kelowna). They can also fly you to Vancouver where you can stay at Accent Inns Vancouver Airport location.

Look for the Accent Inns & Hotel Zed parade float along with their friends from the ALS Cycle of hope in the parade and wave! 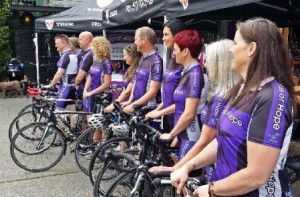