It’s About How To Travel!

I was writing a recent blog post on movies shot on location in B.C. and for some inexplicable reason the 1987 movie Planes, Trains and Automobiles came to mind. The one, starring Steve Martin and John Candy, where Martin, an advertising executive travelling home for Thanksgiving, gets bumped from first class to coach and has to sit next to and over-friendly, over-helpful, shower curtain ring salesmen played by Candy. Travel chaos ensues.

Thinking of this hilarious movie brought back all those times I’ve travelled by air – the good the bad and the downright ugly! That in turn made me think about the pros and cons of all types of travel. Here’s my personal run down of the ups and downs of various modes of transportation.

Let’s get air out of the way first. I used to love travelling by airplane, but these days it’s not without its trials and tribulations: security worthy of a presidential entourage; extra charges for bags; massive parking costs; and if like me you’re travelling economy, no-leg-room seats. I tell you, the only time I’m ever grateful for being short is when I’m on a plane. I have friends that are almost a foot taller than me and I imagine their knees brushing their ears on some flights!

Once you’re on the aircraft the fun really starts. There’s the guy who’s avoided the checked baggage charge by bringing onboard a suitcase that might once have been regulation size, but is now bulging so much that it’s in danger of exploding his underwear across several rows. Not to mention he has a laptop, a camera, and duty free items in a plastic bag. These take up an entire overhead bin meant for three people. Of course he’s oblivious to the flight attendant’s futile attempts to try to close the compartment, the dagger looks of his fellow passengers, and the fact that by reclining his seat aggressively he has knocked water all over the person seated behind him. So begins the inflight entertainment.

Over the years, I’ve experienced and survived it all: a flight attendant screaming at a guy who wouldn’t sit down so the aircraft could take off (she actually let off a big-time expletive and then covered her mouth in horror!); a Romanian aircraft overshooting the runway hastily followed by emergency vehicles; obnoxious fellow passengers of every description; the plane landing in front of mine crashing; the pilot in a small aircraft ducking as another aircraft came too close – the list goes on.

And yet, I still fly because it’s quick, easy, and despite all the hassles it still works – sort of.

I’m off to Mexico in a few weeks’ time and to relieve the stress a little and to reduce at least one of the costs I’ve booked a room at Accent Inns’ Richmond location. This is the best deal ever.  They offer eight days free parking if you stay for just one night and sixteen if you stay two nights. That’s an unbelievable deal, considering you can pay as much as almost $200 to park for eight days at the airport itself.

I’ve never been keen on travelling by bus – it brings on my motion sickness. This is strange because I can go out on the ocean salmon fishing all day without a problem. That’s not to say I haven’t done my share of travelling by coach especially in foreign lands. It’s a cheap and efficient way of being able to see the countryside while someone else has the hassle of driving. My advice if you are planning a multi-day tour by bus, is to choose one that has at least one toilet, seats that reclining (not the toilet seats) and where the tour operator serves refreshments. But then again I’ve always expected a little luxury on my journeys – hey, take little pleasures wherever you can!

If it’s not a multi-day, multi-location trip be sure to check out all the small specialist tour operators which will take you on wine tours, sightseeing, nature watching and more.

Road trips are my favourite. The open road, good company, awesome music and a list of good places to stay (you guessed it my favourites are Accent Inns’ locations). A road trip offers you the opportunity of an unstructured vacation; stop when you see something of interest, wander off the beaten track, have a picnic at a viewpoint – the freedom of the road is not to be underestimated.

When we head off in our car we pack heavy not light – no weight limits to worry about here. We pack clothes for all eventualities and use our old but excellent hard shell suitcases – you know, the ones that you can’t use when you fly anymore because they’re overweight before you even think about adding your swimsuits!

Coolers are a must – no use arriving at an Accent Inns without a few beers, or a chilled Pino Grigio is there? We also pack lots of snacks, so no matter when our tummies growl we’re ready. Stopping at coffee shops is another favourite thing of ours to do – there are so many funky, excellent coffee stops throughout B.C. we’re spoilt for choice. 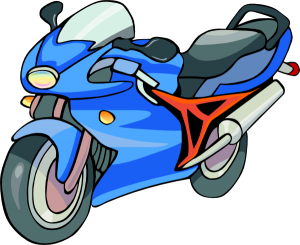 It’s been years since I road a motorcycle but I do remember the unique perspective it gives you when touring. Traffic jams may stop cars, but only slow down motorcycles – heck even on BC Ferries bikes mostly go to the front of the line up!

Travelling by motorcycle gives you the freedom of the road and gas goes a long, long, way – which means you can too. Having said that my motorcycling friends warn that tackling too many miles in a day, unless you’re experienced, can ruin a good trip.

On the downside, there’s the bugs that hit you in the visor – if you’re not wearing one then you might want to get wipers on your contacts – and the dirt, grime, and this year dust, lots of it. Still if you’re a true biker none of that will matter will it?

Biking in B.C. is excellent check out http://goo.gl/KLEw8r for 56 best biking roads in the province and Ride North America for Trusted Motorcycle Friendly merchants.

Ah, now we’re down to the purest vehicular travelling of all. Ernest Hemmigway said, “It is by riding a bicycle that you learn the contours of a country best, since you have to sweat up the hills and coast down them. Thus you remember them as they actually are, while in a motor car only a high hill impresses you, and you have no such accurate remembrance of country you have driven through as you gain by riding a bicycle. ”

The Okanagan is a cycling paradise especially driving past vineyards, lakes, orchards – it doesn’t get any better.

Although it’s easy to jump on your bike and head off in just about any direction, the Okanagan is one of Canada’s hottest cycling destinations. Take a guided cycling tour with a company like Monashee Adventure Tours has been touring clients for 20 years creating fun, safe, lifelong memories. This experience has made Monashee Adventure Tours the leader in adventure tourism in the southern part of British Columbia. With their new Mercedes Sprinter they can transport up to 10 riders.

Distances can be customized for you.

Remember Accents Inns people love bikes – no seriously, they’re like fanatics. Each hotel has a tuning-station tool kit including 37 shop-quality park tools. You’ll be able to do everything from tire changes and brake adjustments to headset overhauls. All on a top quality bike stand.

And it doesn’t stop there, Accent Inns’ bike love means you’ll get: a ground floor room where you can store your bike; a bicycle wash station; cleaning rags; and a laundry room in case it’s not just your bike that needs washing.

At the end of the day no one travel method is better than another, it all depends on a multitude of factors: budget; time; destination; the hassle factor; and what you want out of your trip.

Me? I like to mix it up a little. Sure I enjoy a trip abroad occasionally, but there’s something special about staying in Vancouver recently named 12th best food city in the world by Condé Nast Traveller (2015) and North America’s Most Livable City (fifth in the world) in Mercer’s 2015 Quality of Living Survey. Or, visiting the Okanagan rated the second best wine destination in the world by readers of USA Today. It also made Wine Enthusiast Magazine’s top ten in the world.