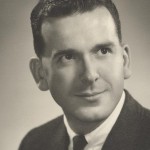 Below is a reprint of the Victoria Chamber Awards Gala program where Friday April 27, Terry Farmer was given the Lifetime Achievement Award.

After all, if he hadn’t offered to lend a hand to help his father and partner build the Chateau Victoria he might never have realized just how much more fun he could have in hospitality rather than a career in banking, property management or construction.

Anyone who knows Terry, knows that he isn’t content to rest on his laurels. Positive change has been a staple of his life. Terry’s advice to the graduates of Royal Roads at their 2007 Convocation, “… as life moves on over the years do not hesitate to change your area of work should opportunities arise. When they do you should do your due diligence and then strike out quickly, especially if you have a chance to get out on your own and become an entrepreneur. I did this 21 years ago and it was the most thrilling and challenging stage of my career (aside from getting married of course).” 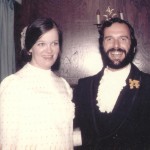 Even when advocating change, it is clear that Terry knows a good thing when he sees it. Born and raised here in Victoria, just as his parents were before him, Terry is a proud Islander. His first foray off island was to UBC in order to get his degree in Commerce, but he soon returned home to Victoria and began his lifelong efforts to make a difference.

Terry began his career of community activism joining the Greater Victoria Junior Chamber of Commerce in the 60s when he was only 22. He continued his relationship with the Chamber and in 1969 became a Director and Vice-President. By 1972, he was acclaimed as President and became the youngest one for the Chamber since its inception in 1863.

Looking to explore and enjoy a little adventure, Terry once again left the island and took off to Montreal. Not surprisingly, he landed on his feet and shortly after joining Royal Trust, his boss saw his potential and shipped him off to Toronto. But Toronto held no charm for him, and after sampling what other great cities had to offer he returned home here to Victoria.

In 1986 Terry Farmer surveyed the tourism industry and identifying a void in the industry, he opened up a motor inn

in Victoria. A mere 26 years later, Terry is Co-Founder and Chair of Accent Inns Inc., an award-winning, family-owned B.C. hotel chain. The company is very much a family organization with their head office and hotel property in Victoria as well as properties at five other locations in British Columbia including Vancouver, Kelowna and Kamloops.

During their 25th anniversary, Accent Inns celebration, President and daughter, Mandy Farmer commented on what she loved best about working with Terry, “I love my Dad’s passion. He’s got such enthusiasm and energy. It’s very contagious”. 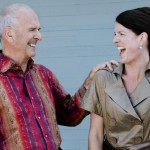 He’s both enthusiastic and hands on. It’s also clear that Terry is not afraid to roll up his sleeves and get dirty to achieve results. After his staff raised the most money of any group for the Power to Be Therapy Society, and in conjunction with a program demonstrating the value of each employee’s job, Terry donned overalls and gloves at his various locations to do work like painting and cleaning toilets at his five locations. His good humour and bigger than life personality were more than apparent in the YouTube video documenting him demonstrating his expertise as staff “supervised his efforts”.

Terry’s management style is such that he fosters caring workplaces where employees are treated like family and partners. In an industry where high staff turnover is the norm, Accent Inns is proud to acknowledge that 48 per cent of the hotel’s current employees have been with the company for 10 years or more. Farmer has indicated that it is about mutual respect, but it is also about a sense of pride and having fun.

When looking for new staff, human resources looks for the “sparkle-factor” that indefinable inner quality. That policy has resulted in hiring good staff that might have otherwise been overlooked and then investing the time to train and nurture new staff in their roles. He points out that skills can be taught and experience developed, but if the person doesn’t have enthusiasm or inherent friendliness ingrained, these attributes can’t be changed.

The “sparkle factor” is stoked and encouraged by both a caring management style and a caring attitude. Terry has seen the benefits of volunteering first hand and encourages his staff to experience the personal joys that can bring. His staff rally around a variety of causes such as InnAid and Camp Thunderbird cabins. The management philosophy of Terry, and now Mandy, seems to be working considering that Accent Inns was named by BC Business as one of the top 5 businesses to work for in 2011.

When Terry gets involved in an organization or cause, he doesn’t dally. He provides them with the same thoughtful determination and clear direction that has made him a success with his own business. Terry began giving back to the community even before he established his own business, starting with his membership in the Greater Victoria Jr. Chamber of Commerce in the 60s which led to: 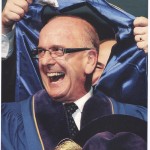 The above only name a few of the worthwhile organizations to which he’s lent his talents or who have recognized his efforts. To fully list the boards and organizations he has volunteered for such as the Commonwealth Games, Patrons Council, Greater Victoria Hospital Society, YM-YWCA and the Community Welfare Council, it would take more pages than we have available. And the benefits he has garnered have been immense.

His work with the Commonwealth Games, beyond the games themselves, left a lasting legacy for Greater Victoria. Translating the $10 million provided by the Federal government into the world-class Pacific Institute for Sports Excellence. Through his efforts at Pacifica Housing there have been 150 to 200 new housing units produced for those otherwise unable to afford housing.

His support of locals extends beyond Accent Inns’ staff, events and organizations to the personal level. Terry has often provided mentoring to young people interested in business. His specialty is providing guidance to those that want to become entrepreneurs. He’s delighted to help them get that gem of an idea off the ground by providing advice and cultivating the raw ambition, brains and enthusiasm that are key to any successful business person. As part of his mentoring process, Terry wants to make sure that the next generation of business leaders is well rounded. 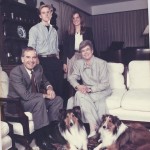 Speaking of support and encouragement, Terry modestly indicates that he wouldn’t have been able to achieve this on his own. When asked about what he is most proud of, his ever present grin widens and the accomplishments of his daughter Mandy and son Devlin flow. He mentions the incredible support from his wife Leslie and children as they truly grew up in the hotel business. And over the years that support has grown to the point where Mandy has followed in her father’s footsteps and took up the reins as President and CEO of Accent Inns in 2008.

Somehow knowing Terry and his boundless energy, that just means we’ll be seeing more of his efforts around town as he continues to make Victoria an even better place to live. 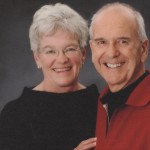 “I worked with Terry when we were both in the Junior Chamber of Commerce where the motto was ‘Earth’s great treasure lies in human personality and service to humanity is the best work of life.’ And of no one is that more true than Terry.”   Brian Small

“Jane and I cannot think of a more deserving individual who truly epitomizes what this award is meant to recognize! Thank you for all of your contributions which have led to making Victoria a better place for everyone.”   Dwayne & Jane Peverett

Terry shared the special evening with his family and many friends and Colleges from the Chamber and business community. An additional fun element is that this years Chair of the Chamber (John Espley) is a long time employee of Accent Inns and speaks fondly of Terry as a key mentor in his life. “How much fun is it to follow in the footsteps of someone that has really made a difference in our community.”