From Talking To Action On Poverty

Conversations are the key starting point to change. Without discussions and debates on issues it is hard to carve a path forward. This February Canada Without Poverty was involved in two different public forums that are setting the stage for action on poverty. In Ottawa, a panel discussion was held to look at what the federal government needs to do to address poverty, and in Victoria, people gathered to imagine a world without food banks. Both events had similar results: people not only want to see something done but want to be involved in the process.

On February 14 Dignity for All held a panel discussion in Ottawa with Members of Parliament, Senators, an organizational representative, and a person with a lived experience of poverty. The purpose of the event titled, “What’s next? How to address poverty in Canada” was to contribute to a national dialogue on poverty issues, moving away from party politics and building on the consensus established by the previous unanimous motions. Panellists included: Liberal Senator Jane Cordy, Conservative Senator Don Meredith, NDP MP Jean Crowder, Green Party Leader and MP Elizabeth May, Bloc Québécois MP Jean- François Fortin, Leilani Farha from the Centre for Equality Rights in Accommodation, and Harriet McLachlan – Board President of CWP. (To view the full event you can visit the campaign website.)

Over 20 years ago the House of Commons passed a unanimous motion to end child poverty by the year 2000. Three years ago 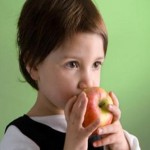 parliamentarians re-affirmed this commitment when a second unanimous motion was passed to “develop an immediate plan to eliminate poverty in Canada for all”. Federal politicians crossed party lines to publically state a shared interest in ending poverty, but since then have failed to take the shared action needed to achieve this.

Action on poverty needs to be a collaborative effort.

This means that all levels of government need to be at the table along with anti-poverty organizations, business leaders, community members and persons with a lived experience of poverty. The solutions to poverty are vast and interconnected with various sectors of society as poverty is a complex issue that touches healthcare, education, criminal justice systems, economic productivity, mental health, and much more.

Moving from the federal to the community level may seem daunting, but this is where many conversations need to start. It is the power of people at the ground level to mobilization and come together that causes change to happen. Knowing this, CWP aims to participate in knowledge sharing with communities as much as possible. A local Victoria group, Faith in Action, held a forum on food banks and considered the issue of providing “justice versus charity” when it comes to poverty. As three intelligent speakers offered ‘food for thought’, the audience of 120 people began to see the larger picture.

Food banks were first opened in the early 1980s as a temporary emergency measure.

They were never meant to be the permanent fixtures to poverty alleviation they have become. When people view food banks as a ‘solution’ to hunger, they miss the larger message of our human right to food, and the responsibility of government to help the vulnerable. While food banks assist some hungry individuals and families, they do not provide a long term solution to poverty or hunger. The conversation on Sunday pointed to our need to think beyond food banks and look at the systemic causes of poverty.

Both discussions left people ready to take action on poverty. The question of ‘how’ is always what seems to follow. The suggestions that were made include: emailing, writing letters and visiting your local parliamentarians, taking the conversation beyond the events and educating others about what you have learned, and continuing to come together to find common messages and work for solutions. There is a shared interest: everyone wants to eliminate poverty.

Governments care about what people think. When we help educate one another about issues we are ensuring that we have an informed society that is willing to use their voice. The conversations cannot stop when the event is over – but should continue until we see the change we are looking for.

Canada Without Poverty (CWP) encourages federal leadership on poverty issues and identifies social policy solutions that will lead to poverty elimination. For the past 40 years CWP has worked to raise awareness about poverty issues, challenge existing stereotypes, and offer recommendations to parliamentarians interested in creating change for the low-income population. In 2009 we co-founded Dignity for All: the campaign for a poverty-free Canada which strives for a federal poverty strategy, a supporting federal poverty elimination Act, and increased income supports for vulnerable populations. Over 9000 individuals, 550 organizations and 87 parliamentarians have endorsed the campaign recognizing the need for the federal government to take a lead role in ending poverty.