She Kills Me, filmed in Victoria BC 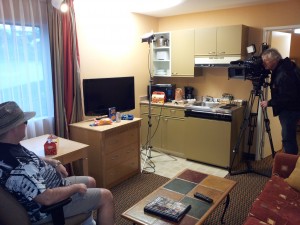 Spring 2013 Accent Inns had the pleasure of sponsoring a new stand -up comedy show being produced for APTN by Less Bland Productions. “She Kills Me” was filmed in Victoria BC before a live audience and showcased all female comics with several being first nations. The show was hilarious to watch and we hope everyone enjoys the many episodes expected to air sometime in 2014 on APTN.

Sincere thanks go to the actors and crew that filmed this promo and to Leslie Bland who made it all happen.

in memory of Ken Lawson

« A Special Perspective : ALS Cycle Of Hope
Ribfest, A Preview Worth Drooling Over »