Eco-Lighting – The Death of Incandescents 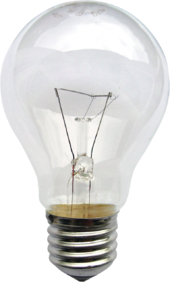 Out with the old

All of a sudden, everywhere seems a little darker and dingier. At this time of year, I catch myself turning on more and more lights; this got me thinking about energy savings, which in turn got me feeling guilty, which made me turn off some lights, which got me feeling a little depressed.

Light is important to our comfort, mood and general feeling of well-being, but we should also strive to be environmentally friendly, so I checked out what I can do to save energy while not feeling like I’m living in a cave, or a dungeon.

I have to admit, I liked incandescent light bulbs, they were warm (literally) and only flickered toward the end of their albeit too-short life. I miss them and still have a few around the house with a small stash on a shelf in my garage, like a guilty secret hidden away.

Their final end is coming though – the facts are not on their side. Replace a 100-watt incandescent with a 32-watt compact fluorescent one (a CFL), which in our house we called squirrely bulbs and you use a ton less energy. Apparently enough to save you $30 during the lifetime of the bulb. If that doesn’t seem enough of a temptation, I read that if every household in the US replaced just one old light bulb with a CFL it would be like taking a million cars off the road. I’m not sure how they work that out, but it certainly sounds good enough not to want to check it too closely. Off course then you have LED’s (Light Emitting Diode) which save even more energy. Personally I think it’s just a ploy to get me to change all my Christmas lights – yet again! 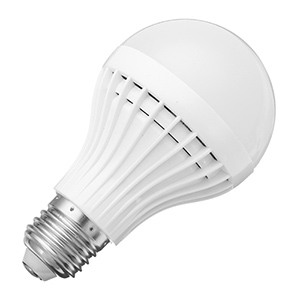 In with the new

My train of thought then went to hotels because they have hundreds, if not thousands of homes away from homes – how are they dealing with all this?

I talked to Peter Dohan, Operations Manager of Accent Inns, to see what they were up to, as they have always leaned heavily toward being eco-friendly. Dohan told me their newly opened Hotel Zed in Kelowna features LED and energy efficient lighting exclusively throughout the entire property.

He told me they have installed and continue to install sensor lighting, which will save masses more energy. He talked enthusiastically about the lighting audit they had carried out which told them that changing all lamp and fixtures on the premises to LED would not only save a ton of energy, but reduce energy and maintenance costs. As a result, Accent Inns are embarking on a wholesale changeover to LED over the coming months. Of course these are even better than the CFL’s they already use, which they introduced to save energy and enhance their already environmental friendly commitment.

Dohan tells me, each Accent Inns location will be receiving an inventory of LED bulbs in the coming months. Using this new inventory each location will be replacing their lights on an as needed basis except for outdoor parking lot lights which they plan to switch over to more efficient LED’s as a more immediate priority.

Between November this year and March next year, 125 rooms at the Accent Inns Richmond and Burnaby locations are being upgraded; each will be fully LED lit as part of their modernization.

You could say that Accent Inns has seen the light!

To learn more about LED lights and other ways you can lessen your energy usage visit the BC Hydro website.