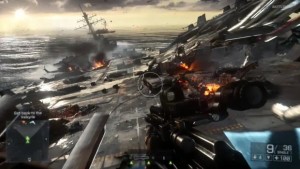 In a reported statement to Polygon by an EA spokesperson, the company appears to confirm that EA has ordered Dice to stop all work on the new Star Wars game and Mirrors Edge games in order to fix the numerous issues facing Battlefield 4.

The series is no stranger to bugs as Battlefield Vietnam and Battlefield 3 were almost unplayable at launch on PC until a plethora of patches were released to help resolve the issues.

This time out the numerous crashes and bugs have overwhelmed what was a promising game much to the frustration of gamers. EA had little choice as they are still smarting from the Sim City fiasco where scores of issues and consumer complaints forced them to offer free games to compensate users for the high levels of frustration they had encountered with the game as well as with offer recent EA releases that many complained had issues that should have been fixed pre-release.

To me this is almost comical as I had noted how I had expected bugs based on launch issues with Battlefield 3 and Warfighter but I was quick to note how Dice and EA had provided patches in a prompt fashion to address the unplayable nature of the PC version upon release.

You would think that EA would have learned from past mistakes regarding launching buggy games and it is nice to see them address this as the perception amongst many gamers is that they are a greedy company who cares more about taking the money of the gaming community than with providing stable products and addressing consumer issues.

Battlefield 4 is facing a very different problem than Sim City and other troubled EA releases though. That issue is the 800 lbs Gorilla that is Call of Duty: Ghosts. No sooner had the game been announced than fan boys flocked online to tout how Battlefield 4 was going to be the Call of Duty killer and how Call of Duty is only popular for kids and uneducated players.

They were quick and hostile in their attacks on those who mentioned concerns about bugs in the previous games and in many cases made personal attacks against those who would dare question the game.

Well once again concerns about the Battlefield series have been validated and EA has had to take a pretty drastic and severe step to remedy the issue of yet another game that was released when it should not have been all in their rush to compete with Call of Duty.

With a highly anticipated Star Wars game coming, EA and Dice need to show they can launch a game the right way as their recent track record is spotty at best.

The flip side to this is the continued success and popularity of the Call of Duty series which is only going to benefit from EA’s misfortune. Critics were quick to point out that Ghosts was not selling as well as Black Ops 2 had and used this to signal that the series may be losing momentum.

Sadly for them this lasted until the release of the Xbox One and the Playstation 4 where Call of Duty: Ghosts has been the best selling game for each system. It seems that many PS 3 and Xbox 360 owners who planned to purchase the new systems at launch, held off on their purchases of the game to experience on the next generation systems rather than the system’s they currently owned.

So where does that leave gamers? Battlefield 4 is a promising game with many technological and gameplay innovations that has been hampered by frustrating bugs and crashes. Despite what it’s critics may say, Ghosts has been a success that aside from some optimization and balance issues, had a fairly stable launch and has been well received by critics and fans alike and has kept Call of Duty king despite what it’s critics may say.