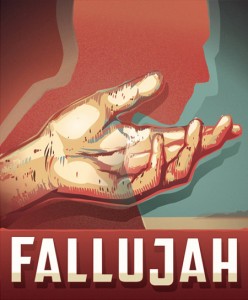 In the world of Not-For-Profits and Arts and Culture it’s great to report that one of the organizations we are proud to work with is getting global attention and incredible support.

City Opera Vancouver’s Board of Directors has announced that the company has been awarded a commissioning grant of $250,000 US from the Annenberg Foundation, in connection with the philanthropic multimedia organization Explore.
This extraordinary sum is believed to be the largest single commissioning grant in Canadian history. The working title: FALLUJAH.

The Annenberg Foundation, a private US-based family foundation, provides funding and support to non-profit organizations around the world. Explore, a signature project of the Annenberg Foundation, developed the concept of the project and presented the commissioning grant to City Opera Vancouver. It is awarded for the creation of a new chamber opera, to be developed over a two-year period. The story is based on the real experiences of US Marine Corps Sergeant Christian Ellis at the Battle of Fallujah in 2004.

The company will oversee the creation of an operatic libretto and score based on Christian Ellis’ story. Ellis was an American Marine in Iraq, but the story is universal. “Our goal is to share a deeper truth about humanity, told through music, and to put a human face to both sides of military conflict.”

Upon their first encounter with Christian Ellis, Explore’s Director and filmmaker Charles Annenberg Weingarten and Executive Producer Tom Pollak were immediately inspired by Christian’s incredible story. “Christian Ellis’ story is representative of thousands of Marines from around the world returning from the horrors of war,” explained Weingarten. “Christian paints a vivid picture of the harrowing realities he and his comrades faced in Iraq. He tells of his experiences with emotional honesty, and with deep compassion and understanding for the opposing side.”

The libretto will be written by noted American-Iraqi playwright Heather Raffo, in consultation with Christian Ellis, and its score by acclaimed Canadian composer Tobin Stokes. Raffo is based in New York City, and Stokes in Vancouver.“City Opera is thrilled that Heather Raffo and Tobin Stokes – impassioned and skillful artists – are central to the creative team for this new chamber work,” said Dr. Charles Barber, the company’s artistic director. “Their expertise makes them deft handlers of this sensitive and extremely relevant subject. Heather wrote 9 Parts of Desire, an award-winning play based on her interviews with women in Iraq who survived the war. Tobin is a versatile composer of opera, theatre music and dance who has always shown a gift for the human voice. They are a perfect team for this project.”

As a key step in the development process, City Opera will mount a series of four workshops in Vancouver, starting in May 2011. Through these sessions, a process of testing and development, the new opera will be taken to a viable and performance-ready level. This new work is slated for completion in June 2012.
About the Annenberg Foundation (www.annenbergfoundation.org)
About Explore (www.explore.org)