Chambers of Commerce – An Accent on Business 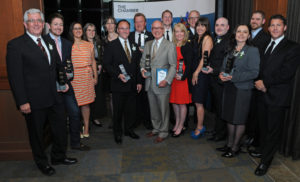 My local Chamber manager emailed me the other day inviting me to a lunch and learn event and it got me thinking about how important Chambers are to the business world. I used to be the CEO of a Chamber several years ago, so I have a bias when it comes to how useful they are to small businesses.

I decided to do a little research into the Chamber movement and discovered that the very first Chamber in North America was started here in Canada (in Halifax, Nova Scotia) in 1750. New York City was the first in the States sixteen years later. France claims the very first worldwide in 1599 in Marseille.

When I was running a Chamber I was always impressed with the level of support we received from Accent Inns. Terry Farmer, one of the owners of Accent Inns, has been Chair of both the BC Chamber and the Greater Victoria Chamber of Commerce, and was also a director of the Canadian Chamber of Commerce. John Espley, Director of Marketing for Accent Inns, was Chair of the Victoria Chamber in 2012. Both sit on the Board of Governors.

Accent Inns continues to support the Chamber of Commerce movement in many ways. First it is a member of the local Chamber, or multiple Chambers, in every location it has a hotel (i.e. Kamloops; Kelowna; Burnaby; Richmond; 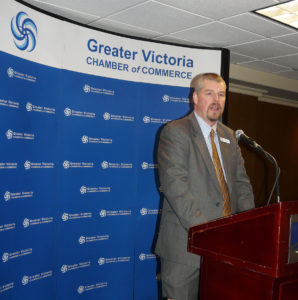 The Greater Victoria Chamber of Commerce, of which Accent Inns is a corporate member, was formed in 1863, just two years after the City of Victoria was founded and surprisingly before the Confederation of Canada. The organization has played an integral part in the growth of the city for more than 150 years.

The people at Accent Inns have actively supported the work of Chambers across BC – they understand that in many smaller towns the local chamber is at the centre of tourism and business and is vital to the health of the business community and local economy.

The company has sponsored both the BC Chamber AGM and the BC Chamber Executives conference on several occasions. It donates gift certificates to many other chambers around the province to support their fundraising efforts.

Accent was a finalist for the Burnaby Chamber’s Community Spirit Award in 2015 as well as a winner of the Victoria chamber employer of the year in 2013. It’s worth noting that in 2011 Accent Inns was named the 5th Best Company to work for in BC by BC Business Magazine.

Chambers of Commerce offer a vital connection between business and the federal government, while assisting businesses at a grass roots level.

They truly are the voice of Canadian business.