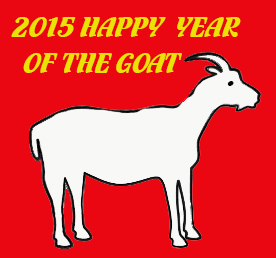 You should make the best of your special year, as the next year of the goat is not until 2027!

If you are staying at either of our hotels in Vancouver (Richmond and Burnaby) or in Victoria it’s a perfect time to visit the Chinatowns in both cities.

Victoria’s Chinatown is the oldest in Canada and the second oldest in North America after San Francisco. It was founded in 1858 as a result of a massive influx of miners from California during the gold rush. A third of them were Chinese and their numbers increased in the following years, as more immigrants seeking their fortune came from China.

Five things not to miss:

Vancouver’s Chinatown may not be the oldest in Canada, but it has been voted as one of the cleanest, and features some of the city’s most historical buildings.

Five things not to miss:

If after a day hiking around either Chinatown and immersing yourself in everything Chinese you feel like eating this wonderful culture’s food, check in at your Accent Inns front desk and we’d be happy to help direct you a local Chinese restaurant.