7 Tips for Travelling with Grandparents 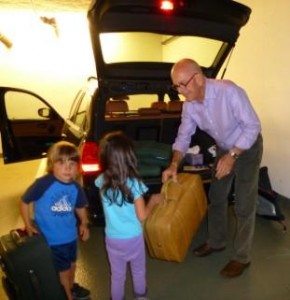 I don’t remember any trips with my own grandparents, but now I’m at that stage of my life where I have grandchildren and the topic of going on a multi-generational vacation is in the air. In fact just last week, my wife and I visited our son and his family in Whistler where he recently moved. Although we were only there for three nights, it had a mini-vacation feel about it as we took in the sights as a family.

It got me to thinking how nice it would be to take a longer trip with them in the not so distant future. Of course, that made me think of the upsides and downsides of such a trip, so I came up with the following 7 tips for travelling with grandparents that from my perspective at least, would make such a trip more likely to succeed.

Three generations (or more) travelling together is a wonderful thing and the experience can be incredibly rewarding, but before you leave for that trip; spend a little time thinking about the needs of all three generations and each individual. And, don’t be offended if granddad needs a mid-afternoon nap, or grandma wants time off to spend some time in that quilting store!