One Word Can Make a Difference 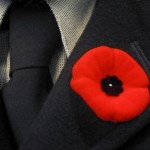 The Royal Canadian Legion launches their Poppy Campaign October 26. As it should, it sparks me to reflect on what remembrance day means to me and to our society.

As with many of us, I’ve had family members serve in our Canadian Military and some made the ultimate sacrifice. I even did a short stint in the army reserves myself so yes I have a bias towards supporting our military men and women both serving today and those that have passed beyond.

Let me say that I am a very proud Canadian. That’s one of the reasons why people tell me I “ooze” pride when I talk about working for a locally owned company. I know I’m not the only one who thinks Canada is the best place on earth but why is it that we don’t show that pride more, especially when it comes to our Military?

I believe that pretty well everyone out there respects the dedication and risks that the women and men of the Canadian Military accept on our behalf. Even those I’ve talked to that disagree with government policies around the operation and deployment of our military still tell me they care about our soldiers, sailors and airmen.

Here’s the rub. Go anywhere in the United States, chat with an American tourist, watch U.S. Television and you’ll see their 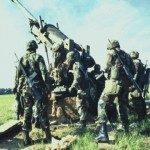 citizens consistently honouring, paying homage to the women and men who serve. Remember folks, these military women and men put their lives at risk to protect our freedoms and in many cases those who cannot protect themselves. On a recent hiking trip I ran into a young fellow on the trail and learned he was a petty officer in the navy. At the end of our chat as we were saying so long I thanked him for his service to our country. He paused and said, “wow, that’s so kind, we just don’t hear that”. Last week I came across some veterans staying at our Victoria Hotel. One of the fellows was in a wheelchair as his legs were missing from the thigh down. Chatting with him I was told that he lost his legs serving only 4 years ago! What a reminder that the risk is still real, still current. Once again I thanked him deeply for serving. He responded to my sentiment with “thank you, I wish more people cared about us like that”.

As we approach remembrance day I would like to ask everyone to not only remember those that passed and not only on that one day alone. The next time you cross paths with a sailor, an airmen or a soldier, just look at them and say “thanks”. Only one little word, but in my heart I know this will mean the world to those men and women.