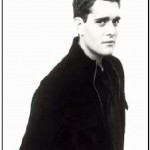 The Folks at Freddy’s Brewpub and McCurdy Bowling Center have teamed up with the Accent Inn Kelowna and Kelowna Limousine to offer an awesome prize package!

You can win two tickets to see Michael Buble at Prospera Place in Kelowna on  Friday August 5th.

Head to  Freddy’s or McCurdy Bowling Centre between now and August 5th,  sign your receipt and drop it in the box and you could be on your way to see Michael Buble.

Winners will be drawn that night at 6:30 and be driven to the Kelowna Accent Inn by Kelowna Limousine to check in for the night and then directly to the concert.  You have to be “ready to go” with  your suitcase in hand at Freddy’s because as soon as your name is called,  you’re off to see Michael Buble.

Click the link below to listen to an audio contest announcement.

Don’t delay, you can enter everyday!