What a Week for Accent Inns Team Members! 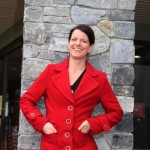 Mandy Farmer, not only contributes her time but supports her staff

We don’t usually create a list such as this but this has been an extra exciting week for several of our Accent Inn team members. We just had to talk about it!

Katie Bahnsen, General Manager of our Kamloops hotel, is the current president of the Kamloops Accommodation Association. The Kamloops hoteliers joined together in a membership campaign and  donated $5 per occupied room on August 1  to the ICCH Wish Fund.  Katie had the wonderful honor on behalf of the Association to  present a cheque for $9102 to the Royal Inland Hospital Foundation. The donated funds will go towards the Intensive Care Unit at RIH.

Chris Browne, General Manager of the Accent Inn Vancouver Airport hotel, has been nominated for a Richmond Chamber of Commerce Business Leadership Award. Considering his efforts to support the community through Rotary and other groups, we certainly feel the recognition is well deserved.

Mandy Farmer, President and CEO, became a board member for TIABC (Tourism Association of BC). One more volunteer commitment for Mandy,  who certainly leads by example!

Julia Fraser, Regional Sales Manager, has been nominated and is running for a position on the School board in District #23 in West Kelowna. click here and visit her website. Go Julia!

John Espley, Business Development Manager, was quoted in an article on networking in the November issue of Profit Magazine

The Victoria Times Colonist also reported that John Espley was named the 2012 Chair for the Greater Victoria Chamber of Commerce.

“It’s such an incredible feeling to work for an organization that supports it’s staff and encourages community involvement and it makes it much easier to go to work when you know that your employer will give you the chance to make a difference.” John Espley.