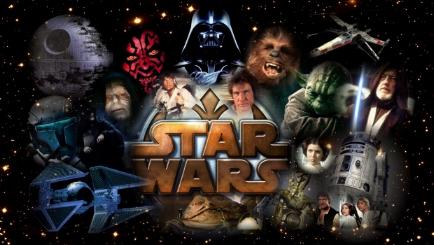 If you were to ask anyone who knows me, they would likely confirm that I am a huge Star Wars fan. I would even go as far to say that the film series got me started with writing and journalism at a very early age as I can remember typing up Star Wars inspired stories back in the 80s as well as it and the Prequels being the focal points of many of my speaking engagements and articles in my early days of the site. I am beyond thrilled at the pending sequels and have plenty of interest in the new animated, video game, and stand alone film offerings that are pending.

That being said, I do think that Disney is missing the boat with their stand along films. While origin stories for Han Solo, Yoda, and Boba Fett should be very interesting, many fans already know the origin of Fett as we saw it played out in Star Wars: Episode II Attack of the Clones”. I am sure the new film will focus on what Fett did following the loss of his father and how he established himself as the most ruthless and feared Bounty Hunter in the galaxy. This story has been told often in the Expanded Universe but a fresh cinematic take could be very good. With the planned release of Star Wars: Episode VII”, in December of 2015, Disney has announced that they plan to release a new Star Wars film yearly with the sequel films appearing in the off number years. While I think this is a highly ambitious undertaking I do think that there is a better way to do this. Rather than devote resources to stand alone films about already established characters, I think the studio needs to create a brand new trilogy, a prequel, prequel trilogy if you will.

The new series of films would be set 1000 or so years before the events of Episode 1 and would focus on the Sith and Jedi conflict and how the Rule of Two was established. I know the Darth Bane book series covered this but I have always found this issue to be a problem for me with the prequels. For example, Qui Gon tells the Jedi Council that he was attacked by a Force powered individual and he believes he was a Sith. This notion is quickly dismissed by the Council who say the Sith have been gone for a thousand years. In Episode II, Count Dooku tells Obi Wan Kenobi that a Sith Lord is in charge of the Senate. Once again the Jedi blow off this news and do nothing. I would love to know exactly what happened in the long ago Jedi-Sith conflict where the Jedi were so concerned that the Sith were no longer around.

The fact that they are aware of the Dark Side and the danger it presents, especially to Force sensitive individuals who have not been properly trained, why did they assume that the Sith could not still be around? While the timing may not work due to Yoda only being 800 years old, he does seem to be the most Sith aware of any of the Jedi Masters as he was the one who knew of the rule of two, and seems to know all too well the path that leads to the Dark Side, even prior to the fall of Anakin he is lecturing the young man on how certain emotions are the path to evil.

Perhaps they will address this in the stand alone Yoda movie as perhaps fuzzy math would be able to say well they rounded it up to a thousand years but it was actually 780ish years ago and a Padawan Yoda was around during the fall of the Sith so all present Jedi knowledge rests with him and the Holocrons. Plot points aside, I would love to see a trilogy that features many Sith as they battled amongst themselves and the Jedi for control of the galaxy and how the Rule of

Two came to be. The Sith have always been of interest to fans and a trilogy loaded with icon and evil bad guys would be something I am sure we all would love to see. Look at how well the original Knights of the Old Republic games did and despite issues with the MMORPG, it was a highly anticipated game.

For now, I will wait to see what JJ Abrams and Disney have in store for us, but like any fan I would rather tell them what I want to see outside of the sequel series rather than see stand alone films that may not be as epic as they could be.