Accent Inns is pleased to invite you to come and experience an awesome show! The Radical Reels Film Festival coming March 14, and all profits will benefit the Sierra Club BC!

Don’t miss your chance to experience all the action for yourself and at the same time help Sierra Club BC’s efforts in conserving and protecting B.C.’s wild places for everyone to enjoy. 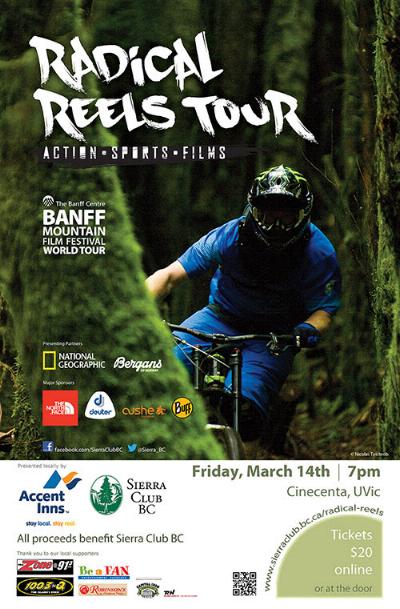 « Remember the Early Days of Gaming!
My Streak of Authenticity »