Ice Cream plus a little effort equals a smile 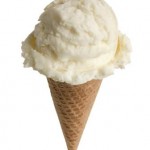 You don’t need a truck and a catchy little tune to hand out ice cream and make people smile.  My community relations work for Accent Inns is one of the most rewarding and wonderful things I do. Recently during a very warm day here in Victoria, I had the opportunity to volunteer with several other gentlemen and serve ice cream to a large number of seniors and disabled residents at a local Hospital. Every year a good friend of mine named Stephen Godfrey, a member of Haida Lodge, a local Masonic lodge, organizes fellow freemasons to donate and serve ice cream to patients in the extended and acute care wards of a local hospital.

Let me tell you, seeing the smiles of the residents and their visitors as we offered them some ice cream was a true highlight for me. While one of the lodge members was playing some wonderful tunes on the piano in the main area, a group of us masons were running around handing out cones and dishes of cool, tasty heaven (I’m an ice cream lover by birth..)

Not only were the smiles and “thank you young man” (haven’t heard that in 30 years…) fantastic but I have to say that I really enjoyed serving couples sitting together out in the garden. Seeing the love that these folks had for each other after probably more years than I have been alive was truly inspirational. On one “delivery” I met the daughter of an elderly patient who was sitting dutifully by her side. Her mother was now bedridden but she often had her wheeled out in the garden where they could share the fresh air and beautiful sites together. After handing over the ice cream cone the daughter asked if she could show me some pictures. Agreeing, I was ushered into her mother’s room, next to the garden, and shown a wall covered in old photos. The mother had worked hard all her life and spent many years in the military where she had received a medal from the president. Although impressed by the photo’s and her mother’s achievements, what really pulled on my heart strings was the immense and very visible pride that the daughter had for her mother. She was not only visiting because it was her “duty” but she truly felt her mother had made a difference in the world and she was going to share that information with anyone who’d listen.  For those of us who are parents I know we always think of our children’s achievements with great pride. I’ve never thought that perhaps our children may also feel the same for us someday. It’s a wonderfully comforting thought. Thanks to Stephen and the other fellow freemasons from the area, for taking time out of their day to share to brighten the world for others. 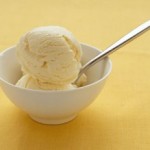 Open your heart to Ice Cream

So, the morale of this story…. serving ice cream to the folks in the hospital, the people that took care of us and our society for oh so many years not only brought a smile to their faces but also created a very large smile in my heart!