The History The Royal Canadian Legion 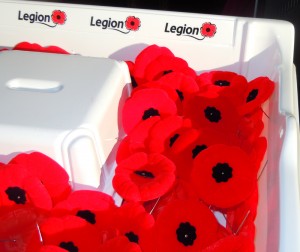 Accent Inns has been a proud supporter of the Royal Canadian Legion for many years and guests can always donate and get their poppy at any of the hotel locations in Victoria, Richmond, Burnaby, Kamloops, Kelowna.

I know I always wear my poppy whether I’m checking into an Accent Inns hotel or not, and on the 11th, whatever I’m doing (if I’m not attending a ceremony) I try to remember to observe the minute of silence. When I was young, in England, everyone observed it – cars even pulled over and stopped. I suppose today, the roads are too busy for that to happen, but it would be nice if for just one minute everyone could remember those who have served their country to give us the freedom we so enjoy.

This got me thinking about how and when the Legion started, and why the organization exists. After a little digging I discovered that its mission has been the same for the last 90-years – to serve Veterans, which includes serving military and RCMP members and their families; to promote Remembrance; and to serve our communities and our country.

At the end of WWI there were 15 veteran’s groups, and a number of regimental associations, that supported former service members across Canada. Despite working to help returning military personnel in need they were fragmented and as such, to a greater extent, unsuccessful.

An appeal for unity in 1925 led to the formation of the Dominion Veterans Alliance. From this start, the Canadian Legion of the British Empire Services League (BESL) was founded in Winnipeg in 1926. Initially focusing on WWI veterans, the outbreak of WWII saw many more service people requiring assistance. The Legion rose to the challenge and began helping returned service members as well as those serving abroad.

Today some 90-years later the Legion continues to help improve the lives of veterans, ex-service members and their families. The Legion has 300,000 members in more than 1400 Branches. It advocates on behalf of veterans, including serving military and RCMP members, and their families, and provides essential support in communities across Canada.

I’ll leave the last word to Accent Inns President and CEO, Mandy Farmer: “Accent Inns continues to recognize the great sacrifices made by our fallen heroes, veterans and active personnel. We are very proud of the incredible work that the Royal Canadian Legion does in our communities.”

« Getting the FSIBC Engaged in your community
Remember Their Sacrifice »