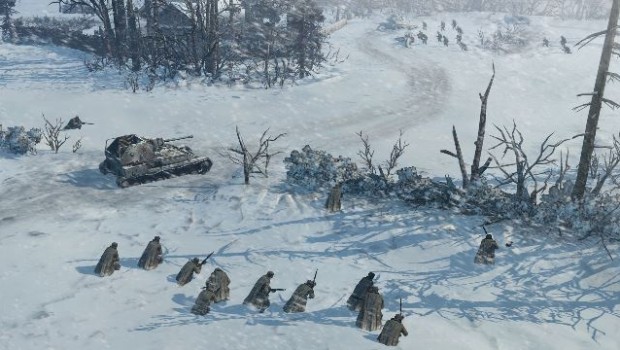 While most publications and site like us have posted their best of and worst of for movies and games, I decided to wrap up 2013 with something a bit different. I will be looking at my biggest disappointments in gaming during 2013.

Inclusion on the list does not mean that I have classified the games as bad, but rather ones that disappointed me but not living up to the expectations of the game or it’s potential.

While the game had many good things going for it such as the introduction of a multiplay element, much of the gameplay had a redundant feel to it as it we had already experienced the best the series had to offer in the two previous games.

Some boss battles seemed highly frustrating and the story failed to capture me the way that I had expected a prequel story of Batman facing assassins in a Christmas setting to.

While I had zero issues with the solo play portion of the game and was captivated by the story and characters this is the first Call of Duty game that has failed to draw me into the multiplayer. The game offers plenty of options but from the graphical and gameplay optimization issues and maps that are simply to big for the number of units, the PC version of this game has been a chore to play online.

Combine this with an abundance of camping, hackers, and play balance issues, and the less than gripping kill streak rewards, this is the first one that I have played online out of obligation rather than desire.

Meant to bridge the timeline between the two JJ Abrams films and featuring the voice talents of the cast, this game had a lot going for it. With a storyline developed in conjunction with Abrams and his team and a great enemy in The Gorn, how could this game fail?

Abrams and crew reportedly pulled away from the game and what was left was a glitch game that borrowed heavily from better games. While I did not have as many issues as others did, I was never able to make the co-op version of the game work on PC and when combined with control issues you have the potential for failure.

Rise of the Triad

One of the early First Person shooters that was to ambitious for it’s time, I was intrigued when I heard the game was getting new life thanks to a new gaming engine and all the advancements in gaming that had happened in the years since the original was released.

I had visions of sharp modern graphics and gameplay with the benefit of modern online matchmaking and gameplay. Sadly the game is essential the same game as before only with graphical update that is dated by games of today. The gameplay is essentially unchanged and the online portion of the game never did connect well for me or offer anything other than gameplay best left in the past. While it was fine as a modern nostalgia release it could have been so much more.

Being a fan of the previous games in the series and enjoying the previews I had encountered at gaming conference prior to release, I had high expectations for this game. The failure of THQ and subsequent purchase of the franchise by Sega was followed by a delay which we were told was going into making sure the release version was all it could be.

While the game does many thing right such as winter settings and allowing the ice and snow to become a weapon and an obstacle, the gameplay does not differ itself much from other games in the series.

The online play failed to grab me as it was hampered by many lag issues and the campaign mode became repetitive at time despite the great graphics and attention to detail. In the end it was a good game that should have been a classic.

« She Kills Me
Okanagan Symphony Orchestra is Movin On Up »