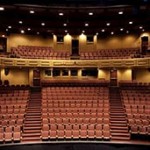 2011 Opening Night: Friday, April 8 at the Gateway theatre, Richmond BC

The show features a cast of sixteen, and a ten piece orchestra playing both Western and Chinese instruments. This fable begins, as fables do, with a hero. Ours is an unlikely one, a trickster named Sun Wukong (the Monkey King) who leaves his home in China for the West in hopes of finding a better life for his son. There he encounters a greedy man who wants to destroy Gold Mountain, the final bastion of nature, by digging through it to build a railway line. Betrayed by this villain and condemned to a lifetime of separation from his son he finally finds a way home, only to discover that his boy has been turned against him. He must win back his son’s love even if it costs him his life.

Playwright Marty Chan once described The Forbidden Phoenix as “too big; too complicated; the most overambitious project ever”, and doubted it would ever be produced. But there was an important story he felt compelled to tell, so seven years and 38 drafts later, The Forbidden Phoenix takes flight on Gateway Theatre’s Main Stage April 7 – 23, 2011. 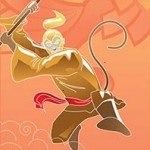 The Forbidden Phoenix at the Gateway Theatre Richmond BC

Artistic & Executive Director Simon Johnston say the play reflects Gateway’s culturally rich neighbourhood. “The show fuses Canadian history with Chinese mythology in a community that is all about a blending of cultures,” he says. “If you’re English, if you’re Chinese, young or old, this show is something you can see and appreciate. As the show’s director, I’ll be blogging about the process of  getting such a big show to the stage at www.gtrichmondbc.com

In English, with Chinese surtitles

Accent Inns, Proud to be a supporter of the Gateway theatre.