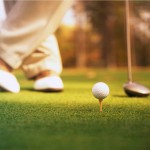 The Camosun College Chargers struck gold over the long weekend, winning the 2011 PACWEST Golf title and earning a trip to the PING CCAA National Golf Championships next week in Roseneath, Prince Edward Island.

The fourth and deciding tournament of the PACWEST series was hosted by the University of the Fraser Valley Cascades golf them and held at their home course at the Chilliwack Golf and Country Club, October 8-9.

Going into the weekend in second spot with a team total of 1766 after three tournaments, the Chargers were only one stroke off the lead which was held by Capilano University.

The situation changed dramatically following the first day of play where the host team shot a low of 286 to sit nine strokes ahead of the pack.  Camosun finished the day second with a total of 296 while Capilano ended the first round of play with 299.

On Day 2, Thompson Rivers University captured the low score shooting 290.  UBC-Okanagan finished one stroke off the lead with 291 and Vancouver Island University ended the day with 293.  The Chargers shot 294 which gave them a two-day total of 589.

Despite finishing two strokes off UFV’s two-day low of 587, the Chargers went on to win gold with a cumulative team total of 2355 over four tournaments.  Making a great come-back from last week’s fifth-place PACWEST ranking was Fraser Valley who earned silver with 2359. 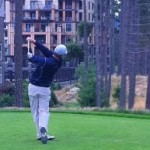 Three Chargers finished in the PACWEST’s Top 10 Individuals following the fourth and final tournament.  Included were Jared Hundza (5th with 584), Jordan Krulicki (6th with 585) and Kevin Walz (9th with 589).

“It was great to accomplish our first goal of the season,” commented Chargers Head Coach John Randle.  “And it was great to see everyone step up to the plate.  Right now, we’re working towards our next goal which is Nationals! ”

The Chargers leave Victoria this Sunday to compete in the 2011 PING CCAA National Championships at the Rodd Brudenell River Golf Course.  The opening round for the three-day event is scheduled for Wednesday October 19.

Camosun Head Coach John Randle was selected by his peers as the PACWEST nominee for the CCAA National Golf Coach of the Year Award.  The winner will be announced at the closing ceremonies of the National Championships on Friday, October 21.

Find the official site for the 2011 PING CCAA Golf Championships.