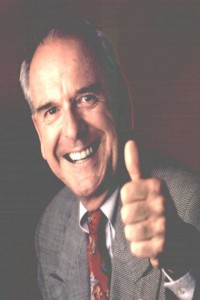 February 17, 2012– Victoria, BC – The Greater Victoria Chamber of Commerce has announced the finalists for the Annual Greater Victoria Business Awards. Terry Farmer, founder and past CEO and President of Accent Inns will be awarded the Governors’ Lifetime Achievement Award at the gala event on April 27, 2012. Accent Inns is an award-winning, family-owned, British Columbia hotel chain with several properties in BC.

Terry has been recognized with a long list of accolades and awards including an honourary Doctor of Laws from Royal Roads University, the Rotary Community Leadership Award, the 2011 Life Member Award from Tourism Victoria, and was presented with the Queen’s Jubilee Medal: an award given to those Canadians who helped develop the country over the past 50 years.

“Terry Farmer has always been passionate about people, community, the environment and tourism in BC,” said David Marshall, Chair of the Chamber’s Board of Governors.” We are delighted to honour his achievements at an event that recognizes the commitment and success of all our local business leaders.”

The Lifetime Achievement Award is selected by the Chamber’s Board of Governors. The Gala Awards is a sell-out event every year. This year’s Gala is on Friday, April 27 at the Westin Bear Mountain Golf Resort & Spa. Tickets go on sale Thursday, February 23 at www.victoriachamber.ca

“I know how much my father has enjoyed his work with the chamber over the years. It offered him another great opportunity to give back to the city and province he love’s so much. This award means a lot and I can’t thank the Chamber enough for  recognizing what I’ve always known, Terry is a really great guy!”  Mandy Farmer, President & CEO Accent Inns.

« Radical Reels is coming!
Ever been to a West Coast Snowball Fight? »