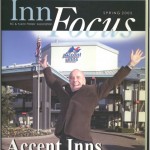 The year began with us launching the first ever hotel rewards for Pets, the “Pet Fee Free” card back in March. The response had people  talking about it online from all over North America (not just Canada). Next, one of our Vancouver Airport  team members, Zully, won a Tourism Vancouver award for his service. We went from the excitement for Zully  to  our founder, Terry Farmer, being awarded Tourism Victoria`s first ever Lifetime Member award, which really put a spring in our steps.

In May  our BC Hotel Chain announced the original  “Bike Love program”.  This  was an idea created by our President, Mandy Farmer, and her goal was to make Accent Inns the best  Bike Friendly hotel chain. We connected with our friends at Norco and Momentum Magazine and the popularity of our Bike friendly hotel has been growing steadily among the cycling community. With the addition of a new HR manager, Kathy, Accent Inns “graduated” over 100 employees from our new improved province wide training program. Speaking of education, our own Mandy Farmer was selected to attend  the  prestigious  leadership development program, Quantum Shift,  founded by the Richard Ivey School of Business and KPMG Enterprise, sponsored by TD Commercial Banking and the Globe and Mail. Mandy apparently brought her unique style and  vision for the  company to the sessions. This vision was fondly described by the other “A list” participants as “funkified”. 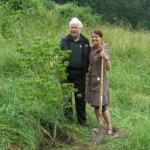 The end of June brought a very special celebration with the company’s 25thanniversary. Our staff received 25 days of gifts and recognition, our customers received special prizes  and our President, Mandy,  began the planting of 25 trees in recognition of both the 25 years in business and our connection to caring for our local environment. 25 years in business was also capped off by the beginning of exterior renovations for each our hotels,   creating a fresh new look for our little, local BC chain. Katie, the general manager of our Kamloops hotel, got her 15 seconds of fame in July being interviewed on TV as the President of the Kamloops Accommodation Association in regards to our strange weather year. During the summer,  we held our   first photo contest  via Facebook. People from all over sent in their Bike Love photos and the lucky 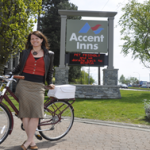 winner went away with $1000 in Norco gift certificates. Back to school brought a touching story to light. Upon hearing about the students of the South Okanagan Secondary School losing their school to a fire, Sheena at our Vancouver Airport hotel rallied her co-workers and presented the SOSS field hockey team that was staying with us, a banner signed by all the staff offering them support and encouragement. This meant a lot to the coaches and players indeed.

October  brought together new friends. With the support of Mike, the General Manager of our Kelowna hotel, Accent Inns signed a new corporate sponsorship with the Okanagan Symphony Orchestra. As summer ended,  Accent Inns received incredible recognition as every one of our 5 locations was recognized with Trip Advisor’s Certificate of Excellence for 2011. We can’t thank our customers enough for speaking about how much they enjoyed their connection with Accent Inns. The fall also ushered in some new duties for our team members. Mandy Farmer was named to the board of the Tourism Industry Association of BC, John Espley was named the 2012 Chairman of the Greater Victoria Chamber of Commerce and Julia Fraser was elected to the School Board in District #23, West Kelowna. 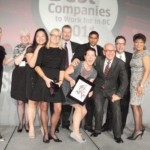 Accent Inns is 5th Best company to work for in BC

In addition, Chris Browne, General Manager of our Richmond hotel was nominated for the Richmond Chamber of Commerce Business Leadership Award! The year was capped off  with Accent Inns  being named the 5th Best Company to work for in B.C. Mandy Farmer  mentioned  in her acceptance speech that our staff, “the folks that clean toilets for a living voted for Accent Inns more than others who work for video game companies”. This brought a rousing laugh and applause from the crowd and certainly ended 2011 on an extremely high note! .

What does 2012 have in store for our little hotel chain…..stay tuned! 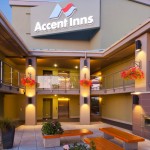 Victoria hotel has a new look for 2012

« Give the Gift of Green
Mark Your Calendar Now »