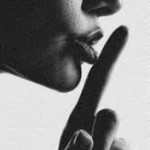 Both sexes are guilty of gender discrimination

I admit it.  I’m not your typical CEO.  I’m a woman, I’m in my mid thirties and I live in a town that’s known for its “Old Boys Club”.

This was brought home to me early in my career when I went to our local business club for lunch, one of those traditional gentlemen’s clubs that now accepts  women as members.  I walked in with my dad, a regular there, and followed his lead to a long communal table in the middle of the room, clearly marked, “Nooners”.

An old family friend sitting at the table greeted me with a warm hug and an invite to join them at the table.  Just as I was placing my white napkin on my lap I noticed that a few feathers were ruffled and there was much quiet discussion going on that I was not privy too. Moments later I was quietly asked to leave the table as it was for men only.

Red faced, I got up, and excused myself to another table.  For a few days after I vowed never to return, but gradually I realized there was an opportunity here, and that Victoria was changing, albeit slowly.  More and more women were breaking through the glass ceiling and making inroads into that Old Boys Club.

At first I was determined to start a women’s only club, but I’ve long since learned that following is not the way to lead. Instead, there is a group of like minded women who very casually get together on a random basis to drink wine in each others living rooms.  Tongue in cheek, we call ourselves the League of Extraordinary Women. 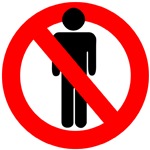 And so, like my male counterparts from generations past and the Nooners of today, I find that I too enjoy the camaraderie of my own gender.

In the end, I got over my grudge and now frequent and enjoy that bastion of business, the old gentlemen’s club, so much so that I even held my wedding reception there. Luckily, diversity – both gender and racial – is now being embraced and celebrated by the business community. Having said that, there are times when we all need a good old fashioned Girl Talk.

President and CEO of Accent Inns

« How do you handle time management?
The Top 5 Things To Do on Vacation in BC »